Martinez says the new law protecting commercial space travel companies will prevent lawsuit abuse and make it easier for the industry to thrive in New Mexico.

Officials at Virgin Galactic and Spaceport America have been fighting for years to get the legislation enacted, saying commercial space companies have passed over New Mexico in favor of states with more lenient liability exemptions. 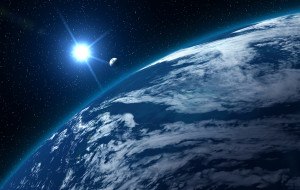 Virgin Galactic had hinted last year that it might abandon plans to launch its $200,000-per-person space flights from New Mexico if the bill failed again.