A man who lost an eye after being hit by a foul ball at a baseball game can seek damages from a minor league team in Idaho.

The Idaho Supreme Court decided not to impose the “Baseball Rule” of liability in the lawsuit brought by Bud Rountree, instead choosing to let a jury decide if watching baseball is an inherently dangerous activity done at the spectator’s own risk. Rountree was struck by a ball while watching the Boise Hawks, a Chicago Cubs farm team. 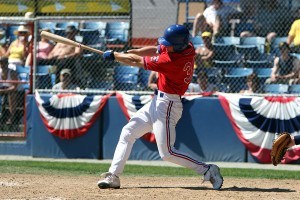 Loyola Law Sports Institute Director Daniel Lazaroff said the decision was a rare strikeout for the Baseball Rule, which has been adopted by courts in Massachusetts, New York, Michigan and elsewhere. But he said the Idaho court made the right call in finding the Legislature should be the body to decide if stadium owners deserve special legal protections.

The rule has several iterations, but basically holds that stadium owners can’t be held liable if fans are injured by thrown or batted balls. Frequently, ticket stubs to sporting events will be printed with a disclaimer saying the holder assumes all risks associated with ball-related injuries, as was the case in the Idaho lawsuit.

“The trend in other courts has been contrary to this Idaho case,” Lazaroff said.

Lazaroff said similar lawsuits are likely to arise in the wake of Sunday’s NASCAR crash at Daytona International Speedway. The crash left at least 33 spectators injured when a car flew into a fence, hurling a tire and debris into the stands.

“There are lawyers who have said the ticket-stub disclaimer will be sufficient but I have my doubts. It’s not like you’re signing on the dotted line that you’ve read the ticket,” Lazaroff said.

Rountree was injured while attending a Boise Hawks game with his wife and grandkids on Aug. 13, 2008. Rountree left his seat in the mesh-netting protected section of the stadium and was talking to someone in an area not protected by netting when he heard the crowd begin to roar. That’s when Rountree turned toward the field and was struck in the face with a foul ball, according to the ruling, and the resulting injury caused him to lose an eye.

Rountree sued the Boise Hawks, the stadium owner and others, alleging their negligence was to blame for his injury.

John Nockleby, a professor and director of the civil law program at Loyola Law School, said thrown or batted ball injuries are freak accidents but not necessarily uncommon issues in the courts.

“Do you want to impose the costs of these kinds of events on a member of the crowd, or do you want to say that the baseball stadium owner should take charge of the cost by putting up netting or insuring against damages?” Nockleby said. “One side says, ‘We want to keep people close to the action … the other side says, ‘It’s a randomly hit ball and a lot of the time people don’t know how serious the risk of injury is.”‘

Lawmakers in some states, including California and New Jersey, created laws specifically to shield stadium owners from being held liable for injuries. But Idaho lawmakers have never created such a rule, and the state’s court rulings on other kinds of liability cases have found that companies can’t get blanket protection from liability simply by printing a disclaimer.

The unanimous Idaho Supreme Court last week said justices had the power to adopt the Baseball Rule, but they declined to do so.

Baseball spectator injuries are rare in Idaho, Justice Jim Jones wrote on behalf of the full court, and there doesn’t seem to be a compelling public policy reason for judges to step in.

Rountree’s attorney, W. Breck Seiniger of Boise, said he was pleased by the ruling, especially given that stadiums today are multi-use facilities with concession stands and other facilities that encourage spectators to turn their backs on the fields.

Joshua Evett, the attorney for the Boise Hawks and other defendants, did not immediately return a phone call requesting comment.