Similar bills have been introduced in other states after the Newtown, Conn., school massacre. They include Connecticut, Maryland, Massachusetts, Pennsylvania and New York.

“I was moved, like many others, being the father of two young children, by the Sandy Hook incident and looking for constructive ways to manage gun violence here in California as well as the rest of the country,” said Assemblyman Philip Ting of San Francisco, who introduced AB231 along with Assemblyman Jimmy Gomez of Los Angeles. “There’s basically a cost that is born by the taxpayers when accidents occur. … I don’t think that taxpayers should be footing those bills.”

Ting equated the idea to requiring vehicle owners to buy auto insurance. Gomez said it would encourage gun owners to take firearms safety classes and keep their guns locked up to get lower insurance rates. 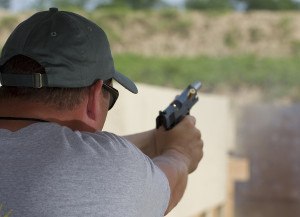 No state has enacted the requirement despite repeated previous attempts, said Jon Griffin, a policy analyst with the National Conference of State Legislatures.

Bills have been offered unsuccessfully in Massachusetts and New York since at least 2003, when the conference began keeping track, he said. Similar bills were proposed in Illinois in 2009 and in Pennsylvania last year. Lawmakers are introducing the bills this year in even more states after the recent shootings.

Some proposals would require buyers to show proof of insurance before they could purchase a weapon. The proposal in California would apply to anyone owning a weapon, Ting said, though the bill’s details are still being worked out.

Sam Paredes, executive director of Gun Owners of California, said most gun owners already act responsibly and can be sued for damages if they don’t.

He said the proposal is part of an ongoing attempt to “price gun owners out of existence,” particularly the law-abiding poor who live in crime-ridden areas and need protection the most. Criminals would ignore the law, he said.

Ting said he and Gomez plan to work with gun owners and opponents to craft a constitutional bill. It will not require insurance companies to offer gun insurance, but will encourage them to enter the market.

He noted that the National Rifle Association itself already offers its members the chance to buy liability insurance, despite its opposition to requiring gun owners to buy such policies.

Ting also introduced AB232, which would give a state income-tax credit of up to $1,000 to anyone who turns in a firearm to a local gun buyback program. The amount of the credit would be determined based on the value of the weapon.