A jury has returned a $17.3 million verdict against Los Angeles Clippers owner Donald Sterling in a lawsuit by an actress who lost most of her belongings in a fire at a West Hollywood apartment building he owns. 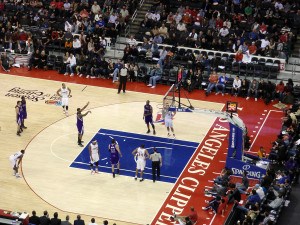 City News Service says the jury awarded $15 million in punitive damages to Robyn Cohen on Tuesday in her breach-of-contract and emotional distress lawsuit. The panel awarded her $2.3 million in general damages on Monday.

She sued Sterling over a 2009 fire caused by an electrical problem. She said a fire alarm horn and a dozen smoke detectors in the building weren’t working.

Sterling’s attorney argued that the fire detection system worked well enough to alert the manager, who got tenants to leave.

Other tenants also sued but settled before trial.