Halle Berry suffered a minor head injury during a movie-shoot fight sequence and was treated at a Los Angeles hospital and released. 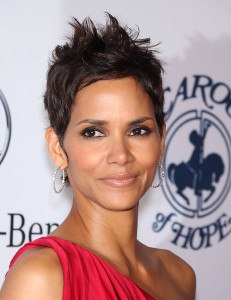 Berry’s Los Angeles publicist Meredith O’Sullivan said the 45-year-old actress suffered the injury Tuesday night on the set of her upcoming movie “The Hive.” Berry was taken to a hospital as a precaution and released a short time later.

O’Sullivan said the Oscar-winning actress will continue work on the film.

Celebrity website x17online.com and TMZ.com were first to report the news, saying Berry was taken to Cedars-Sinai Medical Center at about 10 p.m. O’Sullivan wouldn’t confirm the name of the hospital.

Calls and emails seeking comment from Troika Pictures and WWE Studios, which are producing “The Hive,” were not immediately returned.

“The Hive” is a thriller co-starring Abigail Breslin and David Otunga. According to the film database IMDB.com, the plot involves an emergency operator who must confront a killer from her past to save a young girl’s life.