Kristin Chenoweth has been taken to the hospital after suffering an injury on the set of the CBS drama “The Good Wife.” 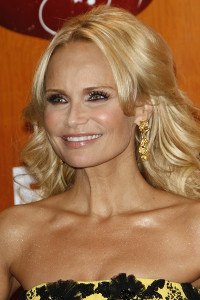 The actress’ publicist, Jill Fritzo, said Chenoweth was hit in the head by scaffolding and taken to the hospital by ambulance.

Her condition is not yet known.

A New York City Fire Department spokesman said a woman at that location in Brooklyn, N.Y., suffered minor injuries, but the spokesman would not identify the victim.

The 43-year-old Chenoweth won a Tony Award for her role in Broadway’s “You’re a Good Man, Charlie Brown” and an Emmy Award for her work on “Pushing Daisies.” She has a recurring role on “The Good Wife” in the upcoming season.