A Vancouver, Wash., city councilwoman is seeking $500,000 from the nearby city of Ridgefield, contending that city’s mayor injured her left eye with an errant toss of a foam “stress ball.” 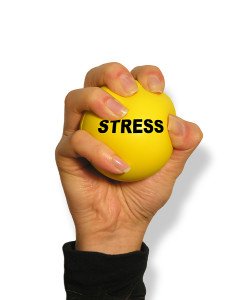 Councilwoman Jeanne Harris says Ridgefield Mayor Ron Onslow’s toss in June 2011 caused her left retina to become loose and partially detached. She says she faces a potential loss of sight in the eye. She told The Columbian she has had six unsuccessful surgeries on it.

The ball toss happened after the stress relievers were distributed at an Association of Washington Cities meeting in Spokane. Onslow says he lobbed his ball at a Ridgefield councilman but hit the side of Harris’ face. He says he apologized.

The newspaper says Harris has health insurance. Her lawyer, Joseph Daggy, says the claim amount was chosen because it may be enough to compensate her for what the lawyer describes as a serious injury. The claim has been referred to the city’s insurance agency.