Debris from the Japanese tsunami is a real danger to those who make their living on the water, a pair of Oregon lawmakers warned Saturday.

U.S. Sen. Ron Wyden and U.S. Rep. Kurt Schrader went to Agate Beach in Newport to take a look at the 66-foot Japanese dock that washed up weeks ago, and to discuss options for cleaning up and tracking other debris.

Public officials have telling coastal residents it’s important to quickly collect and throw away tsunami debris to keep beaches clean and prevent the introduction of invasive species. But at a town hall meeting, Wyden and Schrader said the safety risk for those in the shipping and fishing industries also must be addressed.

“The issues that haven’t been looked at are questions of what’s happening on the water,” Wyden said. 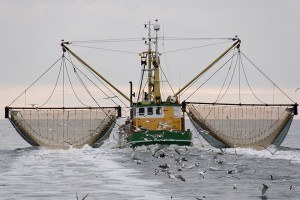 Schrader agreed: “I think that’s what’s got most of the fishermen in this community – and up and down the coast – very, very, very concerned.”

One of the concerned fishermen is Rick Goche. The tuna fisherman told KGW-TV he wants to see a better system for notifying vessels of dangerous debris.

The U.S. Coast Guard is responsible for keeping shipping lanes clear, but relies on commercial boats to be its eyes out at sea. Goche suggested a system in which everybody on the water can put debris sightings into one repository. Of course, given the size of the ocean, it would be impossible to track every piece of debris.

“Most of us are shaking in our boots,” Goche said. “You hit something like the debris that’s coming at us in the night, and it’s not going to be pretty. Lives are going to be lost.”

Wyden and Schrader said they will use the information from Saturday’s meeting to decide the best way for the government to help. Tsunami debris is expected to be an issue for at least the next year.