New Mexico continues to struggle with one of the nation’s worst drunken driving problems, and Gov. Susana Martinez contends the state needs to focus on a growing threat from offenders who repeatedly drink and drive despite multiple arrests and convictions.

Nearly 60 percent of alcohol-related traffic deaths last year involved a driver with more than one arrest or conviction for drunken driving, according to a new analysis by the Department of Transportation’s Traffic Safety Bureau. That’s up from 35 percent in 2009 and 47 percent in 2010. A similar study by the agency in 2006 found that 30 percent of alcohol-involved fatalities were caused by repeat offenders and 70 percent by those with a first-time arrest or conviction for driving while intoxicated.

“This is a dramatic shift that should call all of us to action,” the governor said in a statement. “Repeat drunk drivers simply aren’t getting the message, and innocent lives are being lost as a result.” 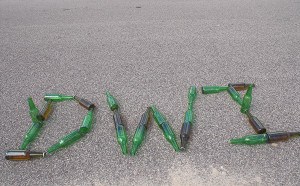 New Mexico once had the worst drunken driving problem in the nation. However, the state has dropped out of the top 10 nationally for the number of DWI fatalities per 100,000 population after repeatedly changing the law to toughen penalties, increase enforcement and provide court-based alcohol treatment programs for those convicted of drunken driving. In 2011, 154 people died in alcohol-involved traffic crashes – representing about two-fifths of all highway deaths in the state.

“We need legislation that specifically targets repeat offenders – gets them off of our streets and takes away their deadly weapon,” said Martinez.

But some activists in the fight against drunken driving question the department’s statistical findings and doubt that changes in sentencing laws for repeat offenders will do much to reduce the number of fatalities on New Mexico roads.

Steven Flint, a former director of the state Traffic Safety Bureau and now a volunteer with the DWI Resource Center in Albuquerque, said the proportion of alcohol-involved traffic deaths attributable to repeat offenders has consistently hovered around 30 percent for two decades.

“For it to suddenly nearly double seems unlikely because it’s always been so stable,” Flint said. “It sounds more like an artifact of how it’s being measured or whatever measurement tactics they’re using rather than something real. Nobody can point to any policy changes that would suggest that all of a sudden repeat offenders would be more dangerous or first offenders would be less dangerous.”

But Mike Sandoval, the current Traffic Safety Bureau director, defends the agency’s methodology and said he’s confident of its accuracy. The agency, with the assistance of University of New Mexico researchers, analyzed fatal traffic crashes in 2009-2011 in which tests showed 261 drivers with some level of alcohol or drugs. A total of 283 people died in those accidents. Information about the drivers was taken from law enforcement reports and that was matched to state motor vehicle records to determine if the drivers had arrests or convictions.

The findings for 2009 were consistent with what had been seen in years past, Sandoval said. However, the same methodology found repeat offenders accounting for a larger share of traffic deaths in 2010 and then reaching 58 percent in 2011.

Sandoval contends that a sustained effort to crack down on drunken driving, including public education efforts such as television ads, has succeeded in keeping some drunks out of their cars – lowering the number of first-time offenders causing fatal crashes. But he and the governor maintain those efforts have failed with chronic DWI offenders.

Peter Wirth, a Santa Fe Democrat, said state budget problems may have played a role in why repeat DWI offenders seem to account for a larger share of traffic deaths in 2009-2011.

Proposals backed by the governor would lengthen the prison sentences of those with four or more drunken driving convictions. Extra prison time also could be given to drunken drivers who have prior felony convictions for non-DWI crimes.

“They’ve had a couple of opportunities for treatment and then you get to that fourth offense and they obviously still have not gotten the message,” Sandoval said. “We need to, if nothing else, put them in jail for a longer period of time to just keep them off the road.”

Linda Atkinson, executive director of the DWI Resource Center, said changing the sentencing laws “won’t make one iota of difference.” She maintains that current laws provide adequate penalties but prosecutors and judges must get tougher. She said judges often hand out only minimum sentences and prosecutors will reduce charges through plea agreements.

“It’s not the full force of the law that’s ever applied,” said Atkinson.

Longer prison sentences, Wirth said, will require the state to spend more money on prison operations. He prefers a “front-end” approach of adequately financing alcohol treatment programs that address an offender’s alcoholism and potentially keeps them out of prison.