A company that manages a Hawaii dinner cruise has acknowledged mistakenly serving alcohol to a 3-year-old boy. 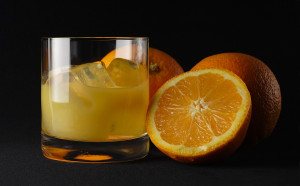 Army Spc. Bingyan Cai said her son Michael’s orange juice contained vodka while they were aboard the Alii Kai Catamaran on May 26. She noticed her son turning red, acting unruly and mumbling, the active duty mom stationed on Oahu told Hawaii News Now.

“He just got really red and he just kept mumbling, ‘Momma it’s hot, it’s hot,”‘ she said. “He was just so wild, full of energy and tried to run here and there but couldn’t even stand straight.”

She tried his drink and tasted alcohol, even offering it up to family members and nearby tourists for confirmation. She notified the boat staff and was given bottled water but was told not to make a fuss as to not ruin the ride for tourists, Cai said.

The company that manages the cruise, Roberts Hawaii, apologized in a statement Monday, saying it is mortified by the error. The family received a refund of nearly $300 for the cost of the dinner cruise.

“We have had an alcohol safety procedure in place for 20 years and this is the first time we have had an incident like this,” said the statement from Jennifer Hill, the company’s safety officer. “Once our crew realized what had happened, their immediate focus was on the well-being of our guest. We are pleased and relieved that he is OK.”

Cai took Michael to an acute care center on Schofield Barracks the next day but has yet to schedule a blood test. She said she does not plan to sue the company but wants to see changes made to Alii Kai’s operations. She has notified the Honolulu Liquor Commission.

“If he had drunk the whole 12 ounces it could have been very fatal for him at this age,” Cai said.