Lawmakers are hoping to reduce injuries caused by table saws by requiring new saws sold in California to be equipped with safety features that shut off the tools when they come into contact with the skin. 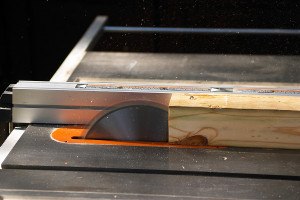 The Assembly on Monday passed a bill that would require so-called “active injury mitigation technology” on table saws starting in 2015.

The measure’s sponsor, Santa Barbara Democrat Das Williams, said manufacturers already know how to make the automatic shut-off features but do not routinely offer them.

Assemblyman Bill Berryhill, a Republican from Ceres, encouraged his colleagues to support the bill. He joked that politicians who ended up on the wrong end of an unsafe saw could be prevented from giving a thumbs-up or victory sign.