The California Supreme Court ruled that employers are under no obligation to ensure that workers take legally mandated lunch breaks in a case that affects thousands of businesses and millions of workers. 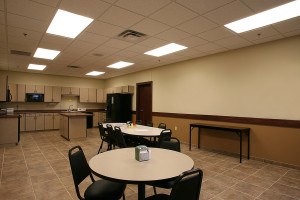 The unanimous opinion came after workers’ attorneys argued that abuses are routine and widespread when companies aren’t required to issue direct orders to take the breaks. They claimed employers take advantage of workers who don’t want to leave colleagues during busy times.

The case was initially filed nine years ago against Dallas-based Brinker International, the parent company of Chili’s and other eateries, by restaurant workers complaining of missed breaks in violation of California labor law.

But the high court sided with businesses when it ruled that requiring companies to order breaks is unmanageable and that those decisions should be left to workers. The decision provided clarity that businesses had sought regarding the law.

The opinion written by Associate Justice Kathryn Werdegar explained that state law does not compel an employer to ensure employees cease all work during meal periods. It stated that while employers are required to free workers of job duties for a 30-minute meal break, the employee is at liberty to use the time as they choose even if it’s to work, she wrote.

“The employer is not obligated to police meal breaks and ensure no work thereafter is performed,” Werdegar wrote.

Tracee Lorens, lead attorney for the plaintiffs, said she believed the court’s decision still allowed some wiggle room for the case to get class-action certification on the meal break claims. Lorens said she was pleased the court did allow a separate claim regarding the plaintiffs’ receiving proper rest breaks to proceed as a class-action.

Class-action lawsuits are brought by one or more plaintiffs on behalf of themselves and others facing the same circumstances, and can include thousands of people in some cases.

Adam Hohnbaum, a former Chili’s bartender and server in Encinitas, Calif., who worked for the chain for about six years, said he was pleased with the court’s decision allowing at least the rest break aspect of the suit to move forward.

“Most of the time you didn’t get a break or a rest period at all, it just wasn’t a part of the daily operation,” Hohnbaum said.

Hohnbaum hoped the attention paid to the issue would improve working conditions for current employees.

It was unclear whether the opinion would reduce or increase future class-action lawsuits on the issue because the court did not dismiss the meal break violation claim by workers but instead sent it back to be reargued in trial courts.

Lorens said she will argue to the lower court that Brinker’s company meal break policies still violate state wage-and-hour laws, even though the court said employers do not have to police when those breaks are taken.

Roger Thomson, executive vice president and general counsel of Brinker, applauded the court’s decision on what he thought was the key issue: whether employers must ensure workers take their breaks.

“That was the biggest issue to us,” Thomson said. “It has been allowed for our team members to work through lunch if they want or take the time off instead, and this ruling allows our team members that flexibility,” he said.

Generally, employer-side attorneys were confident that Thursday’s ruling would reduce future class-action lawsuits surrounding the meal break issue in California, which has cost companies millions of dollars in legal costs.

“The courts are making it clear that you have to create a system and a procedure that fully allows employees an opportunity to take breaks and meal periods, and if they do that they do not have to be Big Brother and individually monitor each employee to ensure that they’ve taken every bit of their breaks,” said Steve Hirschfeld, founder and CEO of the Employment Law Alliance, an employer-side legal trade group.

Others said the court’s opinion did little to stem the tide of meal break lawsuits.

“It left enough holes open that creative plaintiff’s lawyers will continue to file these cases. In short, it’s business as usual. And already overburdened court system will continue to be flooded by these daily filings,” employment lawyer Mark Neubauer said.

Attorneys for workers said low-wage workers such as those at Chili’s and other restaurants face unique issues that dissuade them from requesting meal and rest periods.

“The decision … should have required employers to take affirmative steps to provide meal periods, and not just adopt policies that allow them,” Fernando Flores of the Legal Aid Society-Employment Law Center, said in a statement.

“The (court) previously held that employees who are denied their rest and meal periods face greater risk of work-related accidents – especially low-wage workers who engage in manual labor,” Flores said.

The Brinker decision doesn’t account for the public health and general welfare argument and weakens these standards for millions of low-wage workers across California, he added.

There are no estimates of how much has been paid out by employers, because the penalties are paid directly to individual employees, legal experts said.

Meanwhile, California’s restaurant owners applauded the opinion as helpful guidance in determining their obligations to employees.

“The ruling dramatically affects how our industry operates and provides clarity to restaurateurs who have been left to guess what their legal obligations are. We believe this ruling will benefit employers and employees alike,” said Jot Condie, president and CEO of the California Restaurant Association.