A Fresno-area man has pleaded guilty to federal criminal charges stemming from his role in a scheme to sell fraudulently obtained California driver’s licenses to ineligible individuals.

According to the plea agreement, Moreno Delgado recruited people who wanted a genuine California driver’s license but could not get one through legitimate means. Delgado would have them fill out the Department of Motor Vehicles (DMV) application form, and for a fee, he would pass the information and payment on. 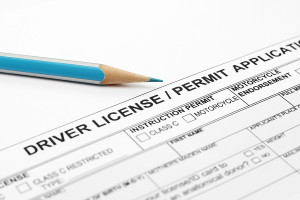 Once former DMV technician and co-defendant Alfonso Casarez received the information from Delgado, he electronically altered the individual’s driver’s license application to reflect that the person had passed required DMV tests that had never been taken or that the individual had failed. After alteration of the records, the DMV automatically issued and mailed a genuine driver’s license to the individual. Delgado admitted to recruiting three people for this scheme, one of whom received a Class A commercial license.

Delgado’s sentencing is set for May 29. He faces a maximum statutory penalty of five years in prison.

Charges are currently pending against Casarez, as well as 11 other co-defendants. All remaining defendants are scheduled for a hearing before Judge O’Neill May 21.