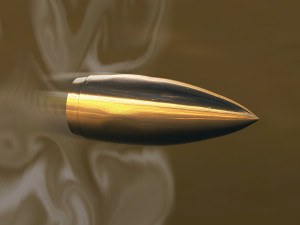 Insurance companies, and ultimately California consumers, avoided a windfall sought by the Consumer Attorneys of California to the tune of more than $3 billion dollars per year. On Aug. 18, 2011, the California Supreme Court settled a widely followed, long-simmering dispute concerning the appropriate damage awards for claimed medical specials in tort litigation. The near-unanimous decision (6-1) in Howell v. Hamilton Meats & Provisions, Inc. (52 Cal.4th 541) puts to rest the outrageous claims by plaintiffs that they are entitled to recover the total amount of medical bills, as opposed to the much lesser amount that is actually paid by health insurers on their behalf.

Pursuant to Howell, plaintiffs in California now seeking to recover medical expenses in personal injury, products liability or other matters are only entitled to recover what was actually paid for treatment by health insurers, not the full, inflated medical bills. It is, of course, hoped that this well-reasoned decision will have a positive ripple effect across the country so insurance companies and their clients can benefit nationwide.

Contrary to Gordon Gekko’s famous quote — “Greed, for lack of a better word, is good” — in the movie “Wall Street,” this was not the case for an aggressive plaintiffs’ bar. In California, like many states, the plaintiff’s bar had a good thing going. For more than 20 years, plaintiffs in tort litigation had an extremely favorable interpretation of the collateral source rule.

The collateral source rule is the evidentiary rule that prevents a jury from knowing a plaintiff’s damages have been paid by another source. The most common example is an injured plaintiff in a personal injury action who has his medical bills paid by his own health insurer. Admittedly, having the medical bills already paid by a health insurer and then recovering this expense again in litigation is a double recovery. The rationale behind the collateral source rule is that between a wrongdoer defendant and an innocent plaintiff who had the foresight and thrift to purchase insurance, any financial windfall should go to the plaintiff.

However, the plaintiff’s bar was not happy with just a windfall. It wanted a “super windfall.” This would, of course, be at the expense of insurance companies and consumers.

In any case involving medical expenses, plaintiffs previously had been able to show the jury the full amount of the medical bills. The jury was never told that what was actually paid for these bills was a lesser amount. For example, a plaintiff is injured using a product and had $100,000 in hospital and medical bills. But the plaintiff had health insurance and all that was paid for these bills was $20,000. For more than 20 years, plaintiffs in California could show juries the full $100,000 in medical bills, although all that was actually paid was $20,000. After trial, a post-trial motion pursuant to Hanif v. Housing Authority (1988) 200 Cal.App.3d 635, would be filed and the damages award would be reduced to what was paid, or $20,000.

The good news for plaintiffs and their attorneys was that they could show the jury $100,000 in medical bills and argue for much higher pain and suffering awards based on the large medical bills. The jury never knew a much lesser amount was paid for the bills.

The difference between what a hospital charges and what a hospital is actually paid by insurance is very significant. It’s not unusual for a hospital to accept $20,000 or less from a health insurer on a $100,000 bill. When this difference is multiplied by the number of lawsuits in California, it is more than $3 billion per year in litigated claims alone. The real number to insurance companies is much higher, as most claims are not even litigated.

One-third, or perhaps even 40 percent of billions of dollars, proved too tempting for plaintiffs’ attorneys to resist. So the Consumer Attorneys of California traveled up and down the state to find the right cases on appeal to expand the Collateral Source Rule and recover a super windfall. The first case they found was Howell.

The Facts of Howell

Plaintiff Rebecca Howell was injured in a traffic collision with a truck owned and operated by Hamilton Meats & Provisions Inc. Liability was admitted by the defense at trial, with only the issue of damages to be determined. The defense moved to exclude from evidence the full billed amounts of the plaintiff’s medical bills, pursuant to Hanif, because plaintiff’s medical providers accepted approximately $130,000 less than the billed amount in full satisfaction of the bills.

Hanif held that a Medi-Cal recipient could not recover an award for medical specials greater than what Medi-Cal paid to satisfy the plaintiff’s medical bills. Hamilton’s motion was deferred until post-trial, at which time the trial court granted the defendant’s motion and reduced the medical specials award by approximately $130,000 (to about $60,000, down from the original $190,000).

The plaintiff, with the help of the Consumer Attorneys of California, appealed to the 4th District Appellate Court in California. In November 2009, that court reversed the trial court and held the plaintiff should recover the full amount of medical specials as billed, regardless of what her providers accepted as full payment from her health insurers. The court reasoned the $130,000 difference fell under the collateral source rule, which permits plaintiffs to recover from defendants amounts paid by plaintiffs’ own insurers. This was obviously a very big win for the plaintiff’s bar.

On appeal by the defense, the California Supreme Court reversed the appellate court decision and affirmed the trial court’s decision to remove $130,000 from plaintiff’s medical specials award. The final decision rests on several main points, which hopefully will be followed in other states that have not addressed this issue legislatively.

First, the court agreed with Hanif that a plaintiff may recover as economic damages no more than the reasonable value of the medical services received. In other words, the medical specials in Hanif were limited to the amount actually “paid or incurred.” Hanif, 200 Cal.App.3d at 64.

Second, the court recognized the “highly complex” nature of medical billing and the fluctuating rates depending on the consumer or location. For example, “chargemaster” rates, which hospitals bill for procedures such as a chest x-rays, can vary from $200 to $1,500 depending on the provider’s location. Moreover, those without insurance are often provided deep discounts by medical providers. These realities rendered moot the plaintiff’s argument that defendants will gain a “windfall” if required to only pay the discounted amount of medical bills, as the discounted amounts are not mere arbitrary reductions but reflect a true “market value” because of their negotiated nature.

Third, the court also rejected the main thrust of plaintiff’s argument that the difference between the full billed amount and the reduced accepted amount is an insurance benefit (i.e., collateral source benefit) recoverable by the plaintiff. The court noted the plaintiff never incurred liability for her provider’s full bills because when the charges were allegedly incurred, the providers had already agreed on a different price schedule for particular insureds, such as the plaintiff. Having never incurred the full bill, the plaintiff could not recover it in damages for economic loss.

One final, and possibly most important, outcome of Howell, is that plaintiffs’ attorneys can no longer show the inflated medical bills to juries and argue for large pain and suffering awards. Now plaintiffs are only allowed to introduce the much lesser amount that was actually paid or they will risk a mistrial. Therefore, to the extent that pain and suffering awards are in any way related to the amount of medical specials (multiple of medical expenses for instance), overall jury verdicts in California may be reduced as well. This will obviously benefit all California consumers and companies that do business there. The hope is other states will follow this well-reasoned approach.

With smaller jury verdicts in California and possibly throughout the country as a result of the actions of the plaintiff’s bar, perhaps greed is good!

Tyson is the managing partner of Tyson & Mendes and he represents insurance companies and their insureds in all types of litigation throughout California. He argued the Howell case on behalf of the defendants before the California Supreme Court last year and also tried the underlying lawsuit. Email: rtyson@tysonmendes.com.