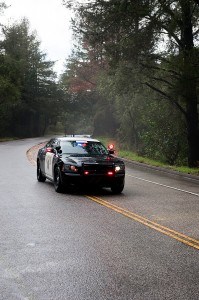 A Montana man who told officers he instigated a police chase because he always wanted to try it found that it will cost him a $1,000 fine to go with his tire damage.

The chase began in the pre-dawn hours Thursday when officers reported a man followed a patrol car for seven blocks before pulling his SUV around and taking off. Officers say Hughes was traveling faster than 100 mph (160 kph) before officers laid out a spike strip to flatten his tires.

When asked why he started the chase, Hughes said, ” just always wanted to do that,” according to the police report.