Washington state legislators announced plans Wednesday to ban a suspected carcinogen from being used as a flame retardant in children’s products.

“As a mom as well as a legislator, we can’t continue to allow these products to be in our kids bedding” and other products, said Nelson.

She and Dickerson pointed to a recent study by the Washington Toxics Coalition that found 16 of 20 baby and children’s products tested – including car seats, changing pads and bassinets – contained large amounts of chlorinated Tris. 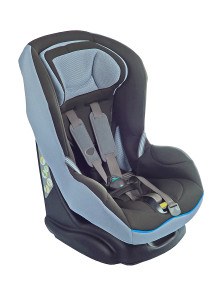 The chemical was used in children’s pajamas in the 1970s but was voluntarily taken off the market by the industry after it was suspected of causing cancer. It is used today primarily as a fire retardant in polyurethane foam, a highly flammable but cost-effective component of many children’s products.

If passed into law, the legislation would ban the use of chlorinated Tris in children’s products in amounts exceeding 50 parts per million.

“Parents shouldn’t have to be chemists to know whether or not a product is safe for their child,” Dickerson said.

In a statement, American Chemistry Council spokesman Bryan Goodman said banning chlorinated Tris would be premature given that Washington state’s Department of Ecology has yet to weigh in on its safety.

In July, California’s Environmental Protection Agency added chlorinated Tris to that state’s list of known carcinogens, citing two-year studies showing “statistically significant increases in the incidence of benign and malignant tumors” in both male and female lab rats exposed to the chemical.

Companies found to be using chlorinated Tris in their baby and children products include Toys R Us, Graco, Britax and Summer Infant.