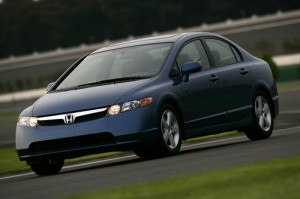 A Honda hybrid car owner who took the auto giant to small-claims court for failing to deliver promised mileage is heading back to court for another round after a judge ordered a continuation of her trial Tuesday.

Los Angeles County Superior Court Commissioner Douglas Carnahan did not address the substance of the unusual lawsuit by Heather Peters, the owner of a hybrid Honda Civic. But he sought more information on technicalities of its filing, such as the possibility of a statute-of-limitations problem.

“Of particular interest to the court is whether, considering the date of purchase of the vehicle, the plaintiff is within operative statutes of limitations relating to claims of relief,” Carnahan said.

He asked for additional legal arguments and scheduled another session of the trial for Jan. 25 in Torrance, the U.S. headquarters for Honda. After testimony and arguments on Jan. 3, he took the matter under submission and said he would have a ruling soon. But he removed it from submission Tuesday in order to get clarification.

A class-action lawsuit involving the hybrid Civic has already been filed, with Honda proposing a settlement that would give each owner $100 to $200 and a $1,000 credit on the purchase of a new Honda.

Peters has acknowledged that the statute of limitations for individual fraud suits like hers can be from one to four years in California. She said, however, that the filing of the class-action lawsuit “stops the ticking of the clock” under a legal theory known as “equitable tolling.”

Experts on class-action law agreed with her interpretation.

Attorney Aaron Jacoby noted that the statute would start tolling again on the day she opted out of the class-action lawsuit, which was Dec. 8, 2011. He said the statute is four years.

Peters bought her car in April 2006 and the first class-action lawsuit over the mileage issue was filed in March.

Peters, a former lawyer, took the unique action of opting out of the class-action lawsuit involving thousands of hybrid Honda owners. She has said that if all owners of the problem cars won in small-claims court, it could cost Honda $2 billion.

In addition to seeking more information on the statute-of-limitations issue, Carnahan also requested arguments on the effect of a “presuit notice requirement.”

“I am confident that I will prevail on the questions raised in the Court’s order,” Peters said. She said she was encouraged by the fact that the commissioner was giving the case close consideration.

Carnahan ruled in favor of Peters on one issue when he refused to consider a brief filed by Honda’s chief counsel. He rejected it because litigants are not allowed to have lawyers in small-claims court.

Peters has urged other owners of the cars to reject Honda’s proposed class-action settlement and has launched a website called DontsettlewithHonda.com.

Chris Martin, spokesman for Honda, said the company would “be reviewing the communication from the court and we will participate in the Jan. 25 hearing.”