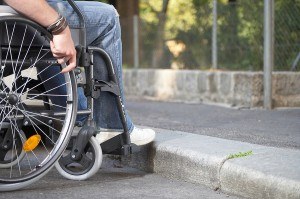 City officials in Bend, Ore., say it could be a few decades before all curb ramps in the city meet the federal requirements of the American with Disabilities Act standards.

The Bend Bulletin reports that the city is under a U.S. Department of Justice order to bring all of its buildings and curb ramps built after 1992 into compliance with ADA guidelines by 2014.

While the city has finished all the work on its buildings, it still has about 5,500 curb ramps that aren’t accessible under ADA guidelines. Of the 7,149 curb ramps built in the city after 1992, only 1,624 were ADA compliant as of Nov. 16.

The city set aside $3.2 million to upgrade curb ramps, but that money was spent on building 560 of them.