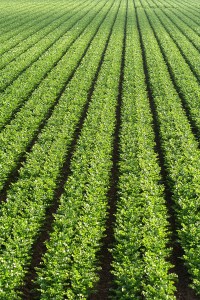 A California farm that issued a voluntary lettuce recall over listeria contamination concerns said its notice has gone out to 19 states and Canada.

True Leaf Farms of Salinas initially announced a recall of 90 cartons of romaine lettuce shipped to an Oregon food service distributor, which shipped the produce to Washington and Idaho.

But the chief executive of Church Brothers, which sells and markets the farm’s produce, clarified Saturday that the recall involved nearly 2,500 cartons. Only 90 cartons went to retail sales, said CEO Steve Church, and those were the ones mentioned in the initial announcement.

The rest of the cartons, Church said, went to institutions such as restaurants and cafeterias, which were notified about the recall.

The company recalled the 33,000 pounds of lettuce after a check by federal officials found that a sample from one bag tested positive for listeria. No illnesses have been reported.

The chopped and bagged lettuce, grown in Watsonville and processed in San Juan Bautista, was shipped Sept. 12 and 13. The recall covers products with a “use by date” of Sept. 29. The bag and box code is B256-46438-8.

Lettuce currently picked at the Salinas farm is safe to eat, Church said.

A listeria outbreak linked to cantaloupes from a Colorado farm has caused at least 72 illnesses, including up to 16 deaths, in 18 states.

The Salinas Valley is known as the “Salad Bowl of the World” for its production of lettuce and numerous other crops.

The Food and Drug Administration, which is investigating the contamination, has not yet identified the source of listeria, said FDA spokeswoman Stephanie Yao. The lettuce recall, Yao said, is not related to the recall of cantaloupes due to listeria.

Listeria rarely shows up in produce, but federal health officials say they’ve gotten better at detecting the germs that cause food poisoning, so they are seeing them in produce more often.

The finding of listeria in romaine lettuce at the Salinas farm was a result of an FDA research program to understand the prevalence of the pathogen in fresh produce, especially in lettuce and leafy greens, Yao said.

The program, which began in 2010, tests for Salmonella, E. coli O157:H7 and listeria in produce. Its goal is to help measure the effectiveness of intervention strategies designed to eliminate or reduce the presence of pathogens in foods.