The death toll in the crash of a World War II-era plane during a Reno air race rose to nine people Saturday as investigators combed through wreckage and scoured amateur video clips to determine why the aircraft suddenly spiraled out of control and plummeted to the ground near hundreds of spectators.

The deaths include seven people who died on the tarmac, including the 74-year-old pilot, and two others who died at hospitals, Reno Deputy Police Chief Dave Evans said.

The higher death toll was announced at a briefing a day after the Friday afternoon crash. Authorities previously said that three people had perished.

Pictures and video appear to show a piece of the plane coming off before it crashed. A component has been recovered, but investigators haven’t identified it or even determined if it came from the fallen P-51 Mustang aircraft, said Mark Rosekind, National Transportation Safety Board member and spokesman for the investigation. 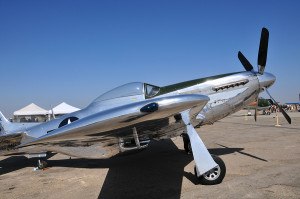 “We are going to focus on that,” Rosekind said.

Federal investigators worked Saturday on the tarmac where debris had been sprayed by the violent impact of the crash. Reno police provided a GPS mapping system to offer an overview for investigators to recreate the crash scene.

By noon, the runway at the airfield had been mostly swept and was opened for takeoffs only, officials said.

On Friday, as thousands watched in horror, the P-51 Mustang suddenly pitched upward, rolled and nose-dived toward the crowded grandstand. It then slammed into the tarmac and blew up into pieces in front of the pilot’s family and a tight-knit group of friends who attend the annual event.

“It came down directly at us. As I looked down, I saw the spinner, the wings, the canopy just coming right at us. It hit directly in front of us, probably 50 to 75 feet (15 to 22.5 meters),” Ryan Harris, of Round Mountain, Nevada, told the AP.

“The next thing I saw was a wall of debris going up in the air. That’s what I got splashed with. In the wall of debris I noticed there were pieces of flesh.”

Bloodied bodies spread across the area as people tended to the victims and ambulances rushed to the scene. Video and photos of the crash were captured by several people in the stands, and the horrific images of the wreckage were transmitted around the world within minutes.

“Normally when you see an air crash, you see recognizable wreckage. There was nothing, just little bits of metal,” said John Townes, a Reno pilot.

As of Saturday afternoon, 40 of the 69 people injured enough to be treated at hospitals had been discharged. The conditions of those still held: eight, critical; nine, serious; 10 fair; two good.

On Saturday, another World War II-era plane, a T-28, crashed and burst into flames at an airshow in Martinsburg, West Virginia. The pilot’s condition was not released, and no spectators were reported injured.

The Reno pilot, Jimmy Leeward, of Ocala, Florida, was a veteran airman and movie stunt pilot who named his P-51 Mustang fighter plane “The Galloping Ghost.”

The plane had a minor crash almost exactly 40 years ago in Reno after its engine failed. According to two websites that track P-51s that are still flying, it made a belly landing away from the airport. The NTSB report on the Sept. 18, 1970, incident says the engine failed during an air race and it crash-landed short of the runway.

P-51 historian Dick Phillips of Burnsville, Minnesota, said on Saturday that the plane had had several new engines since then as well as a new canopy and other modifications.

In a podcast uploaded to YouTube in June, Leeward said major changes were made to the plane before this year’s race. He said his crew cut five feet (1.5 meters) off each wing and shortened the ailerons – the back edge of the main wings used to control balance – to 32 inches (81 centimeters), down from about 60 inches (152 centimeters).

The goal was to make the plane more aerodynamic so it would go faster without a bigger engine.

“I know the speed. I know it’ll do the speed. The systems aren’t proven yet. We think they’re going to be OK,” he said.

Tim O’Brien of Grass Valley, California, who is chairman of an air show in his hometown and photographed Friday’s races, said Leeward’s P-51 was racing six other planes and was in the process of moving from third place into second when it pitched violently upward, rolled and then headed straight down.

From the photos he took, O’Brien said it looked like a piece of the plane’s tail called a “trim tab” had fallen off. He believes that’s what caused the plane’s sudden climb.

When the aircraft hit the ground, there was a “big explosion but no fire,” O’Brien said.

Prior to Friday, 19 people had been killed at the National Championship Air Races since their start in 1964, organizers said, at least two in P-51s. In 1999, a Mustang disintegrated during a race, scattering debris and damaging a house. In 1994, one of the planes crashed next to a runway after engine failure sprayed the windshield with oil.

Friday’s crash was the first time spectators were killed or seriously injured.

Organizers softened two of the curves pilots negotiate after crashes into nearby neighborhoods in 1998 and the one in 1999. In 2007 and 2008, four pilots were killed at the races, prompting local school officials to consider barring student field trips to the event.

Planes at the yearly event fly wingtip-to-wingtip as low as 50 feet (15 meters) off the sagebrush at speeds sometimes surpassing 500 mph (800 kph). Pilots follow an oval path around pylons, with distances and speeds depending on the class of aircraft.

The Federal Aviation Administration and air race organizers spend months preparing for air races as they develop a plan involving pilot qualification, training and testing along with a layout for the course. The FAA inspects pilots’ practice runs and briefs pilots on the route maneuvers and emergency procedures.

On the YouTube video, Leeward was optimistic about the changes made to the plane and his chances at winning.

“It’s probably the most historic, most significant unlimited air racer in the history of air racing,” he said of the type of racing.

“I hope I’ll be able to guide it to victory at Reno this year.”

(Associated Press writers contributing to this report include Joshua Freed in Minneapolis; Haven Daley and Ken Ritter in Reno; and Michelle Rindels, Cristina Silva and Oskar Garcia in Las Vegas.)