The strongest earthquake to strike Colorado in almost 40 years shook awake hundreds of people, toppled groceries off shelves and caused minor damage to homes in the southern part of the state and in northern New Mexico. No injuries were reported as aftershocks continued Tuesday.

“Here we go again, there’s another one starting. We got to get out of here,” said Garry Ringo, owner of Ringo’s Super Trading Post in the small town of Segundo, Colo., as bottles on shelves rattled in the background during an interview with The Associated Press.

Ringo estimated he lost thousands of dollars’ worth of liquor and soda. 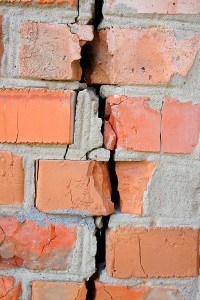 The magnitude 5.3 quake hit at 11:46 p.m. MDT Monday about nine miles southwest of Trinidad, or 180 miles south of Denver, according to the U.S. Geological Survey’s National Earthquake Information Center in Golden. It had an estimated depth of 2.5 miles (4 kilometers) and was felt in a relatively large area of southern Colorado and northern New Mexico.

Las Animas County Sheriff Jim Casias said Colorado authorities were assessing damage and so far had reported a porch collapse and a partially collapsed roof. No injuries had been reported, he said.

“As I had one lady tell me, ‘Sheriff, maybe the world’s coming to an end.’ All I mentioned to her is that someday it will,” Casias said.

Dozens of residents in Trinidad and northern New Mexico called the USGS to report the shaking, including Colorado Springs, Colo., about 130 miles north of the epicenter, said geophysicist Shengzao Chen.

The dispatcher, who would only give her first name as Kristina, said she was working when the earthquake hit near midnight.

“Everything was shaking, but we had no power loss,” she said.

“I thought maybe a car had hit my house,” said 70-year-old Trinidad resident Nadine Baca. “Then I called my son and he said it was the third (quake) today.”

Cathy Gutierrez of Raton, N.M., about 20 miles south of Trinidad, told The Associated Press Tuesday that she felt two earthquakes, one around 5:30 p.m. Monday and the big earthquake just before midnight.

“My bed shook with all my pictures. It just went back and forth. I thought someone hit my house. I ran outside. We’ve had some before (earthquakes), but never this strong,” Gutierrez said. “It was a very scary feeling.”

Ron Thompson, mine manager with New Elk Mine about 30 miles west of Trinidad, said coal miners 300 to 800 feet underground didn’t feel anything but crews above ground and at the company office in Trinidad, where he was at the time, did.

“Not real exciting, but it got your attention,” he said of the shallow quake.

The quake was the largest in Colorado since a magnitude 5.7 temblor was recorded in 1973, said USGS geophysicist Amy Vaughn. That one was centered in the northwestern part of the state – about 50 miles north of Grand Junction, she said.

Sigala said the area occasionally has swarms of earthquakes, some lasting days or weeks, but Monday’s temblor was unusual.

The last time the area received such a series of earthquakes was in August and September 2001, when about a dozen smaller-sized temblors were recorded, Sigala said.

She said some people blamed that swarm on oil drilling in the area but that later studies proved those fears unfounded.

Colorado is no stranger to earthquakes, but most are small and go unnoticed.

According to the USGS, an earthquake in 1882 was the first to cause damage in Denver and the largest recorded in the state.

That quake was believed centered in the Front Range near what is now Rocky Mountain National Park. Its magnitude was estimated to be about 6.6 on the Richter scale. It was felt as far away as Salina, Kansas, and Salt Lake City.