The governor of Puerto Rico overhauled the U.S. territory’s insurance laws on Tuesday to help protect policyholders as thousands of claims remain unresolved more than a year after Hurricane Maria.

Gov. Ricardo Rossello signed six laws into effect as he stressed that his administration was not pleased with how insurance companies handled complaints filed after the Category 4 storm hit. 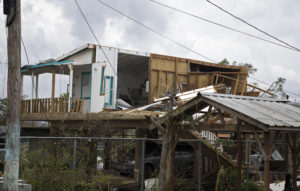 One law now requires insurance companies to start making partial payments under certain conditions shortly after a state of emergency is declared. Another creates special courtrooms with expert judges to solve appraisal disagreements via mediation, a first for Puerto Rico. All decisions reached during mediation will be binding but can be appealed in court. A third law sharpens the types of actions officials can take against insurance companies if they do not resolve cases promptly or act improperly.

“This is a historic moment,” Javier Rivera, who oversees the Office of the Insurance Commissioner of Puerto Rico, said in a phone interview. “It transforms how insurance companies will respond in a catastrophic event.”

Another law will for the first time create micro insurance to help low-income people on an island of 3.3 million inhabitants with a poverty rate of nearly 45 percent. Additional new laws required that each insurance company have a written emergency response plan that has to be certified annually by the government, and that a company pay the cost of an audit if it’s required. A final law states that qualifying businesses can use surplus line insurers if at least three other companies decline partial or full cover.

“This…will result in considerable savings to our policyholders, who in many cases have seen unsustainable increases in their premiums,” Rossello said.

Hurricane Maria caused more than an estimated $100 billion in damage when it hit on Sept. 20, 2017, destroying Puerto Rico’s power grid and forcing businesses to remain closed for months. Overall, it was the most expensive catastrophe for the insurance industry last year, with losses amounting to $32 billion, higher than Hurricanes Irma and Harvey, according to a report from Swiss Re, a reinsurance company based in Switzerland.

More than 287,000 claims were filed, and of those, nearly 11,000 claims representing a total of nearly $2 billion have not been resolved, Rivera said. Insurance companies struggled after the storm, including Real Legacy, which folded. The number of claims that went unanswered or unpaid also prompted the government to file a lawsuit against several companies to prevent them from dropping claims because they have allegedly expired. The lawsuits also seek $2.6 billion in damages for those who have not been compensated.

Iraelia Pernas, executive director of Puerto Rico’s Association of Insurance Companies, said by phone that no one was prepared for the level of disaster that Maria caused, and that the unresolved cases are the most complex ones and involve mostly government agencies and large businesses. She also praised the new laws.

“We think it’s a good initiative,” she said. “God willing we don’t have to test it.”