The average total cost per workers’ compensation claim in Tennessee decreased 6 percent in 2015, reflecting in part the impact of reforms enacted in 2013, according to a recent Workers Compensation Research Institute (WCRI) study.

“Most of the 6 percent decrease in the average total cost per workers’ compensation claim in Tennessee was from a 24 percent decrease in permanent partial disability (PPD) benefits. Total costs per claim incorporate payments for medical treatments, indemnity benefits, and expenses to manage claims,” said Ramona Tanabe, WCRI’s executive vice president and counsel. 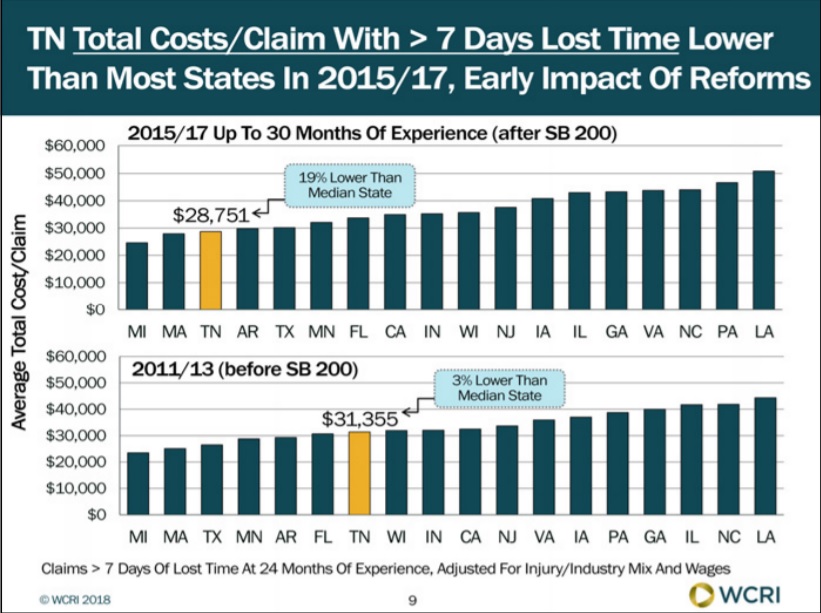 In 2013, Tennessee Senate Bill (SB) 200 introduced significant changes to the state’s workers’ compensation system, which impacted key cost components. The overall goals of the 2013 reforms in Tennessee were to create a workers’ compensation system that was more equitable, efficient, and easier to understand for all parties, as well as to help attract more employers to Tennessee. SB 200’s reforms went into effect for injuries incurred after July 1, 2014.

For more information about this study or to purchase a copy, visit https://www.wcrinet.org/reports/compscope-benchmarks-for-tennessee-18th-edition.

Data of 515,000 People at Risk After ‘Sophisticated’ Hack of Red Cross