Florida’s workers’ compensation system was created to be self-executing. The legislature’s intention was for the Employer/Carrier and the injured worker, or claimant, to resolve any disputes among themselves; utilizing the workers’ compensation courts, otherwise known as the Office of the Judges of Compensation Claims, as a last resort and not as the first step in dispute resolution. The law requires that a claimant attempt to obtain any benefits the claimant believes to be due by first contacting the Employer/Carrier and requesting the provision of the benefit. Fla. Stat. §440.191. This is called a “good faith effort”. Following the “good faith effort,” and if a dispute still exists, the claimant is authorized to file a petition for benefits, essentially asking the Judge of Compensation Claims (JCC) to decide the issue and determine if the claimant is entitled to the requested benefit.

In Blake-Watson, the Court acknowledged that Rule 60Q-6.125, the administrative code provision governing sanctions in workers’ compensation proceedings, arguably permitted the Employer/Carrier to seek sanctions against the claimant for failure to comply with the workers’ compensation statute which requires that a petition for benefits include a certification that the claimant has made a “good faith effort” to resolve the dispute. However, for a petition for benefits to be dismissed pursuant to the rule governing sanctions, the Employer/Carrier must comply with the procedural requirements of the rule.

A motion for sanctions may be filed pursuant to Rule of Procedure for Workers’ Compensation Adjudications 60Q-6.125(1) due to lack of “good faith effort”; however, to be successful, the Employer/Carrier must ensure the following criteria are met:

If warranted, the JCC may award the cost of the proceeding and attorney’s fees incurred in presenting or opposing the motion to the prevailing party. The JCC may enter an order describing the specific conduct that appears to violate the rule and directing an attorney or party to show cause why sanctions should not be imposed. Failure to follow the Rules of Procedure for Workers’ Compensation Adjudications, may subject a party to sanctions which include striking of claims, petitions for benefits, defenses, or pleadings, imposition of costs or attorney fees, or other sanctions as the JCC may deem appropriate. As such, if the Employer/Carrier is certain that no “good faith effort” was made, there is an opportunity to obtain dismissal of a petition for benefits and be awarded attorney fees and costs.

A motion for sanctions may seem drastic; however, keep in mind that when a petition for benefits is filed alleging “good faith effort” where none has been made, a material misrepresentation to the JCC has occurred. By filing a petition for benefits or presenting argument at a hearing, the claimant or claimant’s attorney is certifying that the petition for benefits is not being presented for any improper purpose, such as to harass or to cause unnecessary delay or needlessly increase in the cost of litigation and that the allegations and other factual contentions are true and have evidentiary support. Florida Rule of Procedure for Workers’ Compensation Adjudications 60Q-6.125(2). This includes the Certificate of Good Faith in which the claimant alleges that the Employer/Carrier was contacted in good faith.

It has been our experience that when no “good faith effort” is made prior to the filing of a petition for benefits, the benefit usually has already being provided and the claim is moot. As such, in these cases, an assumption that the claimant is attempting to needlessly increase litigation to make settlement more appealing or to argue for Employer/Carrier-paid attorney fees and costs in the future is reasonable, thus the claimant is once again blatantly acting contrary to the Rules. 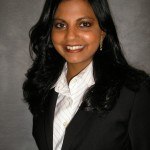 Michele Bachoon is an attorney at Walton, Lantaff, Schroeder and Carson. She focuses her practice on workers’ compensation and insurance coverage disputes including first-party property, premise liability and general liability. She is also certified by the State of Florida to provide continuing education credits to Florida insurance personnel. She can be reached at mbachoon@waltonlantaff.com.