If proposed legislation leads to all officers in South Carolina wearing body cameras, the devices could provide some officers their only way to capture video of an arrest.

Dashcams are not as widespread in South Carolina as many assume.

Seventeen years after the Legislature required the videotaping of drunken driving arrests, many patrol cars still have no video capabilities. How many is unclear. But the state Sheriffs’ Association says half of the sheriffs attending a recent meeting indicated at least some of their vehicles lack dashcams. 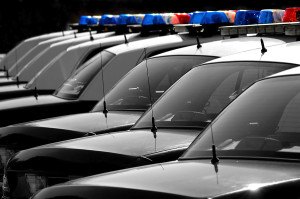 On Tuesday, senators and House members are set to debate separate measures aimed at equipping officers statewide with body-worn cameras.

Laura Hudson, executive director of the state Crime Victims’ Council, says the state should pay for the cameras if the Legislature mandates their use.

“They need to man up and pay for what needs to be done,” she said.

The legislation became a priority after a bystander’s video of a white North Charleston officer fatally shooting a black man as he ran away became public. Then-officer Michael Slager was swiftly fired and charged with murder April 7.

The expense had been a major stumbling block to the measure’s advancement. State economic advisers estimate it will cost $21.5 million to equip all state and local law enforcement officers with cameras in the first year. Maintenance and data storage costs are expected to cost $12 million annually in subsequent years.

A Senate bill debated in subcommittee for over a month initially required every officer to record all on-duty interactions. The amended proposal before the full Judiciary Committee on Tuesday leaves the details to the Law Enforcement Training Council. It would create body-camera guidelines that include which officers must wear them and when, then state and local law enforcement agencies would create their own policies. The proposal makes any usage requirements subject to an agency’s funding.

The state’s 1998 law on DUI videotaping took effect as breath-testing sites and dashcams were funded. It also made the Department of Public Safety responsible for equipping vehicles through collected fees.

Currently, 2,089 DPS-owned dashcams are distributed among 198 of the state’s 260 local law enforcement agencies. The agency generally spends $2 million yearly to buy, install and maintain the cameras, according to the agency.

Sen. Brad Hutto, D-Orangeburg, contends that while there’s never been enough money to fund every car, particularly as technology improved, the majority of vehicles primarily used for traffic enforcement have dashcams.

Since body cameras will almost certainly be phased in, officers who lack dashcams probably should be the initial priority for receiving body cameras, said Hutto, chairman of the Senate panel that advanced the bill last week.

Of Lexington County’s 27 vehicles with in-car video cameras, 21 are issued to deputies whose primary duty is DUI and other traffic enforcement, while six are issued to the agency’s K-9 unit. Many of the cameras were bought through federal grants, Allard said.

Foster said he’s tried unsuccessfully for a decade to equip his agency’s 30 patrol vehicles with dashcams. Several years ago, Public Safety sent his agency used dashcams that were so antiquated that they recorded on VHS tapes. He sent them back.

Not having dashcams “means it’s virtually impossible to make a successful DUI case,” he said.

State law provides the ability to make a DUI arrest without video. But Foster said the exception for vehicles without a videotaping device “is so fraught with disaster it’s hard to even get it in the court.” So if his officers make a roadside stop on DUI suspicions, they call in a Highway Patrol trooper, who can video the process.

Still, Foster said, he’s in favor of body cameras, and his officers have tested samples of different brands over the last few years.

“We like the concept,” he said. “Affordability has been the primary issue.”