The Atlanta Braves have asked an appeals court to uphold a special rule and find the team not liable for the serious injuries suffered by a 6-year-old girl who was struck by a ball.

Lawyers for the team want the Georgia Court of Appeals to apply what’s known as the “baseball rule.” Already in force in other states, the rule holds that if a stadium operator provides protective screening behind home plate and enough seats for people who want to sit there, it cannot be held liable for balls and bats inadvertently flung into the stands. 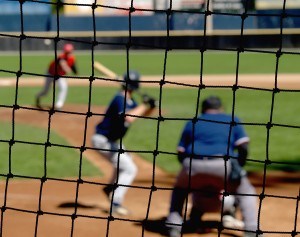 The ongoing lawsuit was brought by a father who took his 6-year-old daughter to a May 30, 2010, game at Turner Field. Braves outfielder Melky Cabrera hit a ball behind the third-base dugout. It struck the girl in the forehead, fractured her skull in 30 places and caused a traumatic brain injury.

The girl’s parents say protective netting should have been in place.

“The ‘Baseball Rule’ is literally and figuratively an archaic rule,” the family’s lawyer, Mike Moran, told The Atlanta Journal-Constitution. “The game has changed. The players are bigger and stronger. The rule is just not sufficient to protect the fans.”

Braves representatives declined to comment because of the ongoing lawsuit.

Like other teams, the Braves have not extended the safety netting from behind home plate. In court filings, lawyers for the team said many fans do not like sitting behind netting that obstructs their view. Team representatives also said spectators know they are assuming some risk. Some fans want field-level seats for the chance to catch a foul or tossed baseball.

The back of major league baseball tickets also warns fans that they assume the risk of being injured by balls and thrown or broken bats.

Those warnings may not apply to children.

In 1984, the state Court of Appeals declined to dismiss a lawsuit filed on behalf of an 8-year-old boy whose teeth were knocked out when he was struck by a foul ball at Atlanta-Fulton County Stadium. The case settled before going to trial.

The Braves are now appealing a ruling by a Fulton County judge who declined to dismiss the lawsuit brought on behalf of the 6-year-old girl.