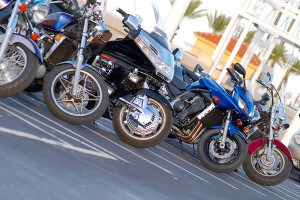 The Asheville Citizen-Times reports that officials expect more fatalities as the weather gets warmer.

During the past five years statewide, 105 motorcycle fatalities were recorded in June, the most of any month, according to the N.C. Governor’s Highway Safety program.

Graham and Buncombe counties have recorded the most fatal motorcycle accidents in western North Carolina in that time. The 17 fatal wrecks for each county since 2009 are tied for 11th statewide.

Trooper Travis Crisp said William Halstead was separated from the group and attempted to rejoin them near mile marker 5 on I-40 but made an improper lane change. His trailer struck the car and the motorcycle overturned.

The couple was thrown from the motorcycle. William Halstead was severely injured and his wife died.