The living face the consequences.

Widows can be cheated out of insurance money. Families may never learn why their loved ones died. Killers can go free.

Because of a medical examiner’s mistake, Cherokee County resident Cathy Wilson had her husband’s body dug up to show that he was killed by a car accident rather than a heart attack. Shannon Santimore had to fight for three days in court to prove that her husband did not commit suicide in Buncombe County. 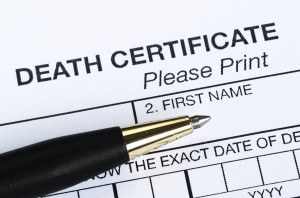 After a medical examiner concluded David Worley died in a Harnett County car wreck last July, a funeral home discovered what the examiner missed: four stab wounds in his back. His widow is now charged with killing him.

“People can get away with murder if the medical examiners don’t do the job,” said Worley’s mother, Ella Grant. “Their job is to check bodies from top to bottom. That did not happen.”

The Observer’s investigation, entailing the most comprehensive analysis of state death rulings ever conducted, found that examiners regularly close cases without following recommended practices. Among the findings:

-Medical examiners fail to examine bodies in one of every nine cases, despite state rules that require them to view every corpse.
-Nine times out of 10, medical examiners don’t visit death scenes, a step that national experts say is key to investigations.
-Elderly deaths get little scrutiny. Some N.C. counties go years without performing autopsies on older victims.
-Families often wait months for rulings, which delays insurance payments and increases emotional stress.

Medical examiners are called in to investigate when the stakes are highest: suspicious, violent, accidental and unattended deaths. Those account for about 10,000 of the roughly 75,000 deaths in North Carolina each year.

But the state doesn’t require examiners to get training and rarely disciplines them when they break the rules.

Dr. Deborah Radisch, the state’s chief medical examiner, acknowledged shortcomings in death investigations, and blamed them on a lack of money.

“We’re trying to do the best we can with what we have,” she said.

After an elderly couple died the same night in a Boone hotel room, the local medical examiner, Dr. Brent Hall, did not go to the scene. Hall also didn’t alert the state toxicology lab in Raleigh about the mysterious circumstances – or ask that tests be rushed.

It took the state nearly six weeks to determine that carbon monoxide killed the couple. Even then, no one warned the public. The next weekend, the poisonous gas leaked into the hotel room again and killed 11-year-old Jeffrey Williams.

Unlike television crime dramas, where death investigators swarm the scene and take microscopic samples, North Carolina’s medical examiner system operates much the way it did 40 years ago, when the population was about half as large.

Here’s how it works:

If a person dies in mysterious circumstances, one of the state’s roughly 350 medical examiners is called to investigate.

The state recruits medical examiners for each county by canvassing hospitals or placing ads in newspapers. The state’s chief medical examiner can appoint nurses, coroners, physician assistants and paramedics.

But most medical examiners are full-time doctors who perform death investigations on the side. The state requires no investigative training, provides little equipment or guidance and pays just $100 per case. It pays them no mileage.

The average state medical examiner system spends $1.76 per capita on its death investigation system, according to a 2007 survey by the National Association of Medical Examiners (NAME).

Last year, North Carolina spent less than half that – about 84 cents per capita.
Told how much the state spends, Dr. Vincent DiMaio laughed. Bexar County, Texas, where he once served as chief medical examiner, spends more than $2.30 per capita.

“You get what you pay for,” said DiMaio, a nationally recognized pathologist who heads the Texas Forensic Science Commission. “You’re operating on the cheap.”

The $100 fee paid to N.C. medical examiners provides little incentive to get up at night or travel to death scenes, experts say.

“The entire system is completely underfunded and has been since its inception,” said Dr. Patrick Lantz, a longtime forensic pathologist at Wake Forest Baptist Medical Center in Winston-Salem. “It’s like having a volunteer fire department in Charlotte.”

Radisch acknowledged that the office needs additional funding. The state and its counties spent $8.3 million on the system last year.

On the heels of the Observer’s investigation, Gov. Pat McCrory is asking lawmakers for an additional $1 million to fix problems in the way the state investigates suspicious deaths.
McCrory has proposed that the state build a training program for medical examiners, and increase the fee paid to examiners from $100 to $250 per case. Counties pay for most of those fees.

In the Harnett County case, one of David Worley’s children told family members he saw his mother stab his father, according to a search warrant affidavit. Tipped off by the family, a funeral home worker found strange wounds on Worley’s body that the medical examiner did not see. Only then was an autopsy ordered. A pathologist found four stab wounds in Worley’s back, one deep enough to kill him. The weapon appeared to be an 8-inch butcher knife.
Dr. Linda Robinson, the Harnett County medical examiner, did not visit the death scene. She said she viewed the body at the morgue but didn’t see the stab wounds because she didn’t turn over the 218-pound corpse.

“Even if I wanted to turn it over, I couldn’t have,” Robinson said, explaining that she has had knee and ankle surgeries in recent years and walks with a cane.

Had the child not spoken up, the suspect “could have gotten away with murder,” Robinson acknowledged. “There’s no doubt about it.”