A celebrity photographer sought to boost the potential damages he could win from Justin Bieber in a lawsuit that accuses the singer and a bodyguard of battery in a confrontation outside a recording studio.

The photographer’s attorney, Mark DiCowden, said at a Tuesday hearing that he has documented at least 11 similar alleged assaults against photographers over two years involving Bieber and his security personnel. DiCowden said a punitive damage award for Jeffrey Binion could deter future assaults against celebrity photographers, known as “paparazzi.”

“It’s not a financial fishing expedition,” DiCowden said in asking Miami-Dade Circuit Judge Sarah Zabel to allow him to pursue unspecified punitive damages. “It is well known around the world that Justin Bieber does not like to be photographed in public.”

Zabel did not immediately rule. Bieber attorney Jared Lopez said there is no evidence that Binion was physically harmed in the alleged attack in June – meaning compensatory damages for the photographer might be minimal – and no proof that Bieber himself told bodyguard Hugo Hesny to go after Binion.

“I don’t tell security how to do their job,” Bieber said in a March deposition in the case, according to Lopez. 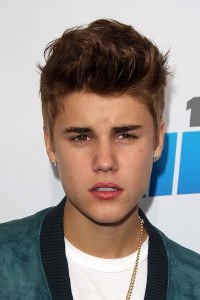 Outside the courtroom, Bieber attorney Roy Black called the lawsuit “frivolous” and intended mainly to generate publicity. DiCowden denied that.

Hesny is facing a misdemeanor battery charge in the Binion case, and he was also recently charged in another photographer confrontation in Atlanta. Bieber is not facing criminal charges in either case. Other incidents involving Bieber bodyguards have occurred in Los Angeles, Hawaii, Argentina and England, according to court papers.

DiCowden also wants Zabel to order Bieber to return to Miami for another deposition to answer questions about his on-again, off-again girlfriend, singer and actress Selena Gomez. DiCowden claims he was improperly prevented from asking those questions during the March deposition and that they are important to the Florida case because she may have been present during previous photographer attacks.

Zabel is holding a hearing in June on that request.

Separately, Bieber has pleaded not guilty to DUI, resisting arrest and driving with an expired license after a Jan. 23 arrest in Miami Beach. A May 5 trial date is set in that case.