Floridians would get a 15-day sales tax holiday on hurricane preparedness supplies ranging from portable generators to radios this coming June under a proposal outlined Monday by Gov. Rick Scott.

Scott, making the announcement at a Miami lumber and hardware store, said the measure would save taxpayers about $20 million and is part of the Republican governor’s overall plan to cut taxes by $500 million this year. The tax break would have to be approved by the Legislature.

The supplies tax holiday would coincide with the June 1 start of the six-month hurricane season and end on June 14.

“It will again place money back in your pocket. You’ll have more money to get ready in case we have a hurricane,” Scott said. 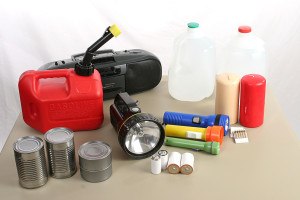 Emergency management officials say it’s generally a good idea to have three days’ worth of supplies on hand in case a hurricane strikes. That includes fuel, food, water and medicine – items not covered by the proposed sales tax break – as well as such things as batteries and plastic sheeting.

The tax holiday leans more toward the hardware. Specific covered items are:

-Flashlight or other portable light source that sells for $20 or less.

-Tarpaulins or waterproof sheets selling for $50 or less.

-Ground anchors or tie-down kids selling for $50 or less.

-Many common types of batteries, excluding car and boat batteries, that sell for $30 or less.

-Non-electric coolers that cost $30 or less.

-Portable generators priced at $750 or below.

Florida is the nation’s most hurricane-prone state but has not been struck by a major storm since 2005. Curt Summerhoff, director of the Miami-Dade Office of Emergency Management, said officials are concerned that the lack of storms has caused some people to neglect getting needed supplies.

“Hopefully we will continue with our good fortune, but that is one of our greatest concerns, complacency,” Summerhoff said.

The sales tax holiday, he added, would provide a “tremendous incentive” for people to stock up their hurricane preparedness kits.