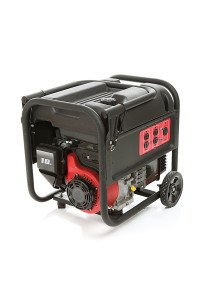 Bentley made the proposal Tuesday at a news conference to announce that Feb. 19-24 would be Severe Weather Preparedness Week.

He said the supplies would help save lives. Last year, the state was slammed by tornadoes April 27 that killed at least 250 people in Alabama.

Alabama Department of Emergency Management Agency spokeswoman Yasamie August said some of the items that might be included in the sales tax holiday include severe-weather emergency essentials such as bandages, disinfectant, other first-aid supplies and prepackaged tornado emergency kits

Bentley said a bill proposing the tax holiday has not yet been introduced in the Legislature.

“Anything we can do to encourage people to take this seriously,” Faulkner said. “It’s great to give people an incentive to be proactive.”

Bentley said the holiday would work much like the sales tax holiday in August, when for one weekend, the state 4 percent sales tax is removed from school supplies, books, clothes and other items needed as students prepare for school.

The governor said the tax holiday was suggested by a committee formed after the April 27 storms to offer ways to better prepare for storms.

Alabama Education Association Executive Secretary Henry Mabry said AEA officials would look at the sales tax holiday proposal, but does not favor any plan that will take money from education programs.

“We have to take a hard look at anything that takes money from the education trust fund,” Mabry said.