West Virginia lawmakers are considering whether to ban the ownership of such exotic animals as tigers and alligators within the state. 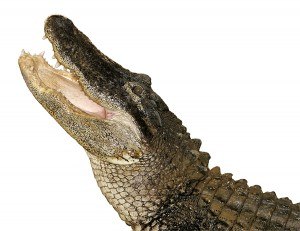 State lawmakers were told during a legislative committee meeting on Tuesday that West Virginia is one of five states with no exotic animal regulations. State wildlife officials say that means they have no idea what type, or how many, exotic animals are in the state. In the past, alligators, a water buffalo and a lion have escaped from their owners in the state.

Last year, lawmakers approved a bill that would require permits for private owners to continue housing animals like tigers or lions in West Virginia. But that bill was vetoed by Gov. Earl Ray Tomblin, who cited expenses associated with regulating it as the primary reason for his opposition.

The bill had defined an exotic animal as those that posed a physical or biological threat to humans, livestock or native wildlife.

Officials from the Department of Natural Resources said Tuesday they want a law passed in the upcoming legislative session that would create a commission that would define which animals are banned. They say exotic animals need to be regulated for human and animal safety. Zoos regulated by the U.S. Department of Agriculture would be exempt from the potential state regulations.

The department’s efforts are supported by the West Virginia Humane Society, which says as more states ban exotic animals, more people are moving to West Virginia to escape regulation.

“We’ve had tigers, lions, bears, escape to never be caught again or to be shot,” said Summer Wyatt, state director for the West Virginia Humane Society. “So there are indeed some issues with not having any regulations in caging, insurance, veterinary care and those types of things for these animals that we do consider to be mandatory for other pets that we consider traditional – dogs and cats and the like.”

Under the proposal lawmakers are expected to review, those who own a dangerous exotic animal would be allowed to keep them. Wyatt said legislating regulating the animals would help ensure the animals are receiving proper caging and veterinary care to reduce the risk of spreading disease. She also said it would help ensure animal owners have an evacuation plan for what they’d do with their exotic animals in the case of a natural disaster, among other things.