Until last month, the state’s strict liability statute for dog bites meant criminal suspects could almost certainly collect a settlement if a police dog bit them, regardless of the situation, said Senate Judiciary Chairman Larry Martin, the bill’s sponsor.

That’s because the law made exceptions only if the person bitten was trespassing on private property or had directly harassed the dog into attacking.

“If a suspect turned on an officer making an arrest, and the dog bit the suspect, then there would be liability for the dog bite,” Martin, R-Pickens, said in an interview this week. “When I realized that and just how one-sided existing law was, I felt we needed to change it.” 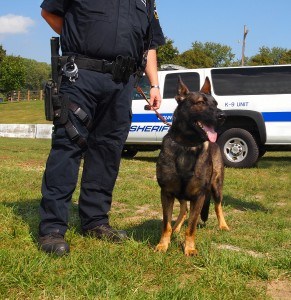 His measure, which Gov. Nikki Haley signed into law June 12, added an exception for certified police dogs that are on duty and responding to a lawful command or otherwise acting according to their training. The dog and its handler can’t use excessive force and must follow policy.

South Carolina is among three dozen states with strict liability for dog bites or attacks, meaning it doesn’t matter if the owner was at fault, negligent or knew the dog was vicious.

Laws in 14 states and the District of Columbia already provided liability exceptions for injuries caused by dogs acting under the direction of military or police, according to the National Conference of State Legislatures.

Other states have limited K-9 liability through precedent-setting court decisions. But in South Carolina, such a case has yet to come to trial, said Jeff Moore, director of the state Sheriff’s Association.

His proposal was first introduced in the House and Senate in February 2011. It died last year after gaining no traction. Moore attributes that to legislators leaving the issue to the courts.

“But if we’re waiting for the court to determine no liability, we’ll be waiting forever,” Moore said. “They never go to trial. They simply settle with the plaintiff who wants a check.”

How often that happens is unclear.

Moore said he had heard of a recent settlement that paid a prisoner $300,000, but he had no details. Several of the state’s larger law enforcement offices contacted by the AP could not recall specific cases. Settlements are usually paid through the state’s Insurance Reserve Fund, a governmental insurance operation into which state agencies and local governments pay premiums that cover property damage and tort liabilities.

The fund has 20 different categories for law enforcement claims, though none by dog bites or K-9 injuries, making a quick search impossible, according to the Budget and Control Board.

It’s also unclear how many police dogs are on duty across the state. No one tracks that currently. But starting next year, the South Carolina Criminal Justice Academy must verify that all K-9 units have been certified by a nationally recognized police dog organization. Any dog not verified by July 1 can’t go on patrol.

Moore stresses the new law doesn’t give law enforcement immunity. Someone bitten by a K-9 officer can still sue – and win if the dog acted inappropriately.

“At least now we have the ability to go into a courtroom when we’re sued over a dog bite and have a defense, where there was no defense before,” he said. “The dog is nothing more than another tool. An officer may have a Taser or Mace. If he abuses any of these, he can get sued. A dog is no different.”

Martin had hoped to add an exception for dogs that bite while defending the life or safety of their owners, but the House removed that provision.

“If somebody assaults a lady jogging with a dog, and the dog – regardless of its size – bites the attacker, then the owner of the dog is liable,” Martin said.

“Dog owners beware. It’s despicable, but that’s just the way it is.”