Catastrophe modeling firm AIR Worldwide has released an update to its “The Coastline at Risk” report. The update presents and discusses AIR’s most recent estimates of the insured value of residential and commercial properties in states along the Eastern Seaboard and Gulf Coast of the United States.

While above-average sea surface temperatures in the last nearly two decades have elevated hurricane activity in the open Atlantic, there is a far more certain driver of U.S. hurricane risk that the insurance industry faces. It is the continuing increase in both the number of insured properties in areas of high hazard and the replacement value of those properties. AIR estimates that 38 percent of the total exposure in coastal states is currently located in coastal counties of hurricane states, which accounts for 16 percent of the total value of properties in the entire U.S. 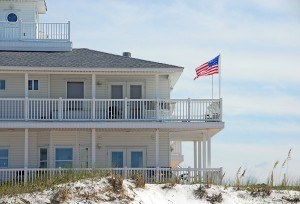 Other highlights from the report include:

· Over the past five years, the insured value of properties in coastal states increased at a compound annual growth rate of near 4 percent. While the severe economic recession of the last five years has resulted in slower growth than the historical average, there are signs that new construction is picking up once again.

· New York edges out Florida as the state with the highest estimated property replacement values, at $2.9 trillion; but Florida has the largest proportion—79 percent—of its insured value located in coastal counties.

Click here to download the full report, titled, “The Coastline at Risk: 2013 Update to the Estimated Insured Value of U.S. Coastal Properties.”

Or copy and paste this URL into your browser – http://bit.ly/158n1mh