The Florida Supreme Court’s ruling on a beachfront condominium association’s lawsuit against its insurance agency generated the kind of initial reaction among insurers matched only when a weather announcer says that Florida is within the cone of probability.

As we all know, revised forecasts, based on better information and cooler heads, often point to a weakened storm that has turned away from our coastline. The same is true about the decision in Tiara Condominium Association Inc. v. Marsh & McLennan Co., Inc.

In Tiara, the Court held that the economic loss rule is only applicable in products liability cases. At first glance, the ruling appears ready to expose Florida’s insurers to additional claims.

A more careful reading reveals that the ruling results in no greater liability than what existed beforehand. An extra-contractual claim for economic losses must be supported by facts independent of any claims for breach of contract. The insurance policyholder cannot circumvent the terms of a contract by dressing up a breach of contract claim as a separate claim for damages.

Utilizing long-standing legal concepts and case law, defendants should still argue that, except in cases involving a claim independent of the breach of contract, damages should be governed by the terms of the contract.

Two hurricanes ultimately set off panic among insurers, so let’s review how those devastating storms landed in the Florida Supreme Court. The Tiara, which has the tallest oceanfront tower on Singer Island, hired Marsh as its insurance broker. The firm obtained a windstorm policy from Citizens Property Insurance Corp. with a loss limit of close to $50 million. In September 2004, The Tiara sustained heavy damage from hurricanes Frances and Jeanne, which struck three weeks apart.

After Marsh assured Tiara that the loss limits coverage was per occurrence, Tiara began repairs that ultimately exceeded $100 million. When Marsh sought payment from Citizens, Citizens claimed that the loss limit was $50 million in the aggregate, not per occurrence. In October 2007, Tiara sued Marsh in federal court, alleging breach of contract, negligent misrepresentation, breach of the implied covenant of good faith and fair dealing, negligence, and breach of fiduciary duty.

A trial court granted summary judgment in favor of Marsh, and Tiara appealed. The U.S. 11th Circuit of Appeals ruled that summary judgment was proper as to the breach of contract, negligent misrepresentation, and breach of implied covenant of good faith and fair dealing claims. The court also said that Marsh correctly interpreted the policy’s language on the per-occurrence limit of liability.

The court did not affirm the summary judgment on negligence and breach of fiduciary duty claims. Tiara alleged Marsh failed to advise Tiara of its complete insurance needs and that it was underinsured. Instead, the court asked the Florida Supreme Court whether the economic loss rule prohibits recovery, or whether an insurance broker falls within the professional services exception. The Florida Supreme Court restated the question and answered it in the negative. In addition, the Court held that “the application of the economic loss rule is limited to products liability cases.”

The initial response among insurers to the Florida Supreme Court’s ruling was that the Court had undone decades of legal defenses against the economic loss rule, opening up companies to a torrent of lawsuits. Not so.

While at first glance the Court’s holding may seem to expose defendants to additional liability, the legal principles utilized in the defense of those cases is still applicable. The Court recognized that while the economic loss rule may have provided a simple way to dispose of claims, it was not necessary. Defendants can make the same arguments, and the Court can make the same rulings, based on long-standing principles of contract law.

The majority’s conclusion that the economic loss rule is limited to the products liability context does not undermine Florida’s contract law or provide for an expansion in viable tort claims. Basic common law principles already restrict the remedies available to parties who have specifically negotiated for those remedies, and, contrary to the assertions raised in dissent, our clarification of the economic loss rule’s applicability does nothing to alter these common law concepts. For example, in order to bring a valid tort claim, a party still must demonstrate that all of the required elements for the cause of action are satisfied, including that the tort is independent of any breach of contract claim.

Pariente is referring to a dissent by Chief Justice Ricky Polton that “the majority greatly expands the use of tort law at a cost to Florida’s contract law.” However, in the eight cases cited by Polton in his dissent, seven of them rely on the principle that in order to state a separate claim, the factual basis of that claim must be independent of the breach of contract.

Like weather watchers fearing the storm that suddenly retreats back to the sea, insurers should rest easy in the aftermath of the Tiara ruling. Case law suggests that the application of the economic loss rule in this case was not necessary and, while the arguments may be slightly more complex, at the end of the day there is no increased liability for Florida’s insurers than existed before. 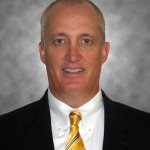 Craig S. Hudson is a shareholder and managing attorney of the Fort Lauderdale office of Marshall Dennehey Warner Coleman & Goggin. He also acts as a supervising attorney for the firm’s professional liability department in Florida. He can be reached at (954) 847-4955 or cshudson@mdwcg.com. 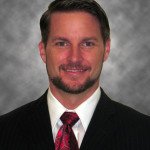 Jason L. Scarberry, an associate with the firm’s Fort Lauderdale office, is a member of the professional liability department. He focuses on the defense of claims made and suits brought against attorneys, accountants, corporate directors, officers and other professionals. He can be reached at (954) 847-4956 or JLScarberry@mdwcg.com.