South Carolina’s switch from minibottles to regular-sized liquor bottles hasn’t led to a decrease in drunken driving or any increase in funding for alcohol treatment, according to an analysis published Sunday by The Post and Courier of Charleston.

Instead, South Carolina has been tapping its general revenue fund for more than $1 million yearly since free-pour liquor drinks became legal in 2006. That move has made up for lost taxes to support a network of alcohol and drug treatment agencies, the paper reported. 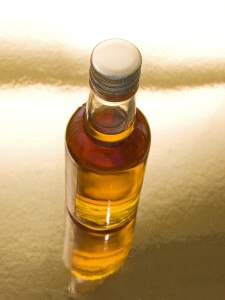 For 22 years, South Carolina bartenders had no choice but to pour liquor from the 1.7-ounce bottles often associated with airplanes and hotel minibars. But a new 2006 law allowed bars and restaurants to serve liquor out of big bottles.

State liquor sales have increased since then, according to state tax reports. But the portion of liquor taxes that funds alcohol and drug treatment has not gone up due to the free-pour change.

“We have seen stagnant revenue since we moved to free-pour,” said Lee Dutton of the South Carolina Department of Alcohol and Other Drug Abuse Services. “Every year since it passed, the state has had to write a check to our providers.”

That’s because the state had promised to make up any shortfall if the 5 percent tax on liquor drinks raised less than a 25-cent minibottle tax used to, for the treatment providers.

In the years since free-pour became legal, highway fatalities have declined significantly, both in South Carolina and across the nation. But the percentage of fatal wrecks in South Carolina that are considered alcohol-related has stubbornly remained among the highest in the country, above 50 percent, according to the paper.

Former Republican state Rep. Bill Cotty led the legislative push to get rid of minibottles. If the state hadn’t moved to free-pour, Cotty said, South Carolina would have even more alcohol-related problems than it does today.