The Personal Injury Protection (PIP) system in Florida was adopted January 1, 1972, with the goal of efficiently providing certain benefits to individuals involved in automobile accidents, regardless of fault. The system currently provides up to $10,000 in no-fault medical, wage loss and death benefits.

For years, a major concern regarding PIP in Florida has been the widespread fraud permeating the system. This fraud has resulted in significantly elevated PIP premiums that make up a disproportionate percentage of the average motorist’s automobile insurance premium.

Responding to these concerns, the Florida legislature passed House of Representatives Bill 119 in March of 2012, which was subsequently signed into law by Governor Rick Scott. HB 119 enacted a number of substantive changes to Florida’s PIP system, in an effort to combat the escalating costs of automobile insurance. It made these changes in three stages.

The initial set of amendments, effective July 1, 2012, included changes in the reporting of automobile accidents, therapy clinic licensing, use of fee schedules when reimbursing claims, the creation of Florida’s Automobile Insurance Fraud Strike Force, and timetables for reporting on the premium rate reductions to be realized from HB 119’s amendments.

Second, effective December 1, 2012, documents pertaining to PIP could be transmitted by secure electronic data transfer, without first obtaining an agreement of the parties.

Finally, effective January 1, 2013, a number of changes were made to Florida Statutes Section 627.736 (the “PIP Statute”), such as requiring a patient to visit an “initial care provider” within 14 days of an accident, limiting the available benefits to $2,500 unless the patient has an “emergency medical condition,” granting the insurer an additional 60 days to investigate fraud, permitting the insurer to require the patient attend an examination under oath as a condition of receiving benefits, and requiring trial judges to make written findings supporting an award of attorney’s fees in PIP litigation.

Already, critics of the 2012 PIP amendments have begun vocalizing their concerns that HB 119 has not effectuated the promised reduction in PIP premiums. However, it is still too early to assess the true impact the new provisions will have on reducing fraudulent claims. Even as this article is being written, the bulk of the changes have been in effect for less than three months. Additionally, to the extent that courts may require specific incorporation of the statutory amendments into the language of PIP insurance policies, these changes might not go into effect until an existing policy is renewed, which can be upwards of six to 12 months after the statutory provision takes effect.

Pursuant to these provisions, the Florida Office of Insurance Regulation hired Pinnacle Actuarial Resources to analyze the impact of the recent PIP amendments. Pinnacle’s 83 page report, published last year, indicated an expected savings in PIP premiums of between 14 and 24.6 percent resulting from the passage of the bill. The report noted, however, that these savings could take until July 1, 2013 or later to manifest.

By October 1, 2012, 134 new automobile insurance rate filings were submitted by 147 insurance companies. Of the 10 largest auto insurance writers in Florida, 7 requested a 10 percent rate reduction regarding PIP coverage for 2013. While anecdotal evidence suggests that some of the immediate benefit of HB 119 is being felt in mitigation of rate increases rather than premium decreases, the passage of time may well bear out the decreases sought by the legislature. Moreover, at least one lawsuit (currently pending in Leon County) has been filed by chiropractors, licensed massage therapists, and acupuncturists, seeking to declare several of the new PIP provisions unconstitutional. On March 18, 2013, the court issued an order temporarily enjoining portions of the new PIP law.

Over the 40-plus years the PIP system has been in place in Florida, it has frequently been challenged as denying access to the courts under Article I, Section 21 of the Florida Constitution. Most, but not all, of its incarnations have ultimately been found to provide a “reasonable alternative” to traditional tort litigation. The March 18 Order enjoins the amendments requiring a finding of an “emergency medical condition” as a prerequisite to recovery of PIP benefits, as well as the portions denying reimbursement for services of chiropractors, acupuncturists, and massage therapists – but leaves the remainder of the PIP law in effect. HB 119 was a delicately balanced legislative compromise. Any alteration of that balance in favor of medical providers may hamper insurance companies’ efforts to decrease their rate filings. Logically, if any of the provisions designed to reduce PIP expenses are invalidated, consumers cannot expect to benefit from those anticipated savings.

In short, the new PIP bill is not the type of legislation capable of providing overnight change. The PIP system in Florida is a complex legal structure with many competing interests at play. As a result, the reduction of premiums will likely depend on several factors, including the outcome of lawsuits challenging the statutory amendments, the effect the new provisions have on reducing fraudulent or excessive claims, and the time it takes to implement the statutory changes. At present, it is simply too early to draw conclusions on the effectiveness of HB 119 in reducing PIP premiums and rate filings throughout the state. 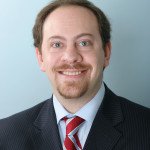 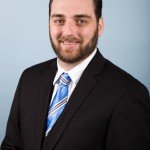 Michael Longo is a senior associate with the firm and has litigated numerous PIP and insurance claims throughout Florida.