Florida’s third largest property insurer is seeking a statewide average 14.9 percent increase in property rates as part of a plan to shore-up its fiscal condition while revamping the deductibles and discounts it offers to policyholders. 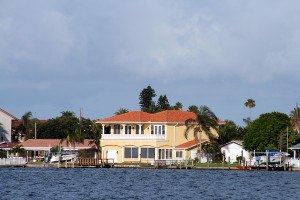 In a filing made with regulators, the insurer said it needs the rate increase due to its financial position, which has deteriorated in the last several years. Its claims-paying reserves fell to $368 million last year when it also had an underwriting loss of four percent.

The insurer has raised rates six times since 2010, with the last major rate hike of 19 percent approved in April 2011.

Individual policyholder rates would vary widely under the proposal, but the filing does hold some relief for policyholders.

One discount offered by the insurer would give policyholders a 10 percent break on the non-hurricane portion of their homeowners premiums if they also cover their car through the insurer. Policyholders could also see lower premiums based on their deductibles.

State Farm’s share of the Florida market has dropped in recent years since it stopped writing new business and began canceling some policyholders.

The Florida Office of Insurance Regulation is slated to hold a public hearing on parts of State Farm’s rate request on July 25.

State Farm is not the only insurer seeking rate increases.

State Farm’s request also comes just weeks before Citizens Property Insurance Corp. board of governors is scheduled to meet to consider its rate needs. The insurer’s rates are capped at 10 percent annually, although the board is looking to lift the cap on new business. That meeting will be held July 16 in Miami.