The Commercial Appeal reports that the dispute involves two so-called “quint” fire trucks that combine five functions into one. The quints are both a ladder truck and a pumper, and they have fire hoses, aerial devices and a water tank. 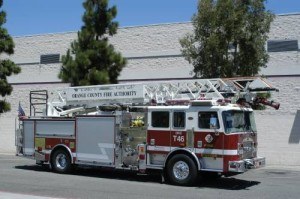 But some firefighters say decommissioning ladder trucks and adding quints will weaken fire response. The St. Louis Fire Department issued a letter in February, saying it scrapped its quints to reduce costs and improve response efficiency.

Firefighters also say the quints – which cost more than $800,000 each – are heavy and have restricted maneuverability.

“We’re going to have to deal with it; the quints are here,” said Larry Anthony, president of the Memphis Fire Fighters Association. “But this is about people’s safety.”