Roofing contractors operating in Tennessee will have to provide residents whose homes are damaged due to tornadoes and other storms with more information about their company and about their rights to cancel contracts under a new law. 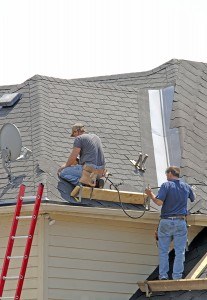 Gov. Bill Haslam recently signed a law that comes into response to widespread complaints from homeowners following a number of severe storms that caused widespread damage in the state during the last couple of years.

In 2011, a number of tornadoes swept through the Midwest and South causing billions of damage. A hail storm that passed through in the Knoxville and Nashville later that year also damaged many homes and businesses.

As a result, the state was flooded with out-of-state roofing contractors who along with some in-state roofers or individuals posing as roofers reportedly took advantage of homeowners.

Tennessee Department of Commerce and Insurance spokesperson Christopher Garrett said that the department doesn’t specifically track roofing complaints. However, he said, the department did hear from more homeowners concerning repairs.

“As far as statistics go, the Contractors Board received an increase in home improvement complaints from victims of the 2011 storms,” said Garrett.

Sponsored by Sen. Bill Ketron (R-Murfreesboro), SB2714/HB 2915 requires that roofing contractors whose work is covered by an insurer must provide a homeowner with their address, telephone number, license registration, email address, and a detailed description of all damage and repairs.

The contract must also contain a form notifying homeowners of their right to cancel a contract within three days after signing and/or receiving a written statement from their insurer that the contract is not a covered claim. Once a contract is cancelled, roofing contractors have 10 business days to return any payments to the homeowner, except for emergency repairs.

Roofing contractors or their agents are also prohibited from telling homeowners they can negotiate a claim with an insurer unless they are also a licensed public adjuster.

Any violations of these laws would be covered under Tennessee’s Consumer Protection Act of 1977.

Frank Barrett, owner of the roofing firm, Barrett Co. in Knoxville, said that fraud is endemic in the roofing business especially as contractors and other individuals hit hard by the downturn in the construction industry scramble for any work available. He said his company runs television ads in East Tennessee warning homeowners about roofing contractor fraud and advising them to check a contractor’s reference and the Better Business bureau for any complaints before hiring a company.

But most important, he said, homeowners should not give a roofer money upfront. That is especially the case when homeowners receive a check from an insurance company to pay repairs and end up handing it over to a roofer who says he needs it to buy materials only to never show up again.

“Some people are just knocking on the door and tearing up a roof saying it needs to be fix and then just stealing money,” said Barrett. “No one should get paid until the work is done.”

Barrett also said that homeowners are often unaware of what their homeowners policy covers. He said some insurance companies are neglecting to inform homeowners that they may be required to pay a high deductible to complete repairs.

Dave Dodson, owner of the Tamko Building Products in Knoxville, said he supports efforts to crackdown on fraud, but is unsure how the state will enforce the new law since the state has no jurisdiction over out-of-state roofers. However, he said out-of-state contractors are needed given the magnitude of the storms that are frequent occurrences in the state.

“When you have the kind of storms we had in Knoxville you had to have out-of-state contractors, the locals could not get it done,” Dodson said.

The insurance industry’s Property Casualty Insurers Association of America came out strongly in favor of the bill and praised lawmakers for taking steps to rein-in contractors and ensure that consumers and insurers are not being taken advantage of.

“After severe weather there are always some crooked contractors who descend upon neighborhoods and take advantage of unsuspecting homeowners,” said PCI vice president Ann Weber. “While the vast majority of contractors are honest, reputable business people, states across the country took positive steps to crack down on these storm chasing contractors, particularly from out of state, who use questionable solicitation and business tactics.”

Tennessee is not alone when it comes to cracking down on contractor fraud.