Based on the analysis of historical residential building permit data, two-thirds of Florida roofs have been updated since 2002, according to BuildFax’ Florida Roof Age Report released today.

Over the past decade, substantial legislative efforts – such as a new, stricter Florida Building Code (FBC) in 2002 and HB 7057 passed by FL Legislature in 2007 – have been focused on increasing home safety and also ensuring the state’s economic strength by lowering insurance costs, through more stringent roofing guidelines and mitigation incentives, such as discounts for newer and safer roofs. 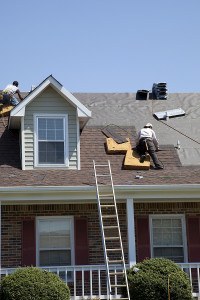 BuildFax recently reviewed more than five million single family homes to take an in-depth look at the current state of Florida roofs. BuildFax found that two-thirds of the properties reviewed have either a new roof or have had a roof update since 2002.

“No other state has made such dramatic strides with regard to the roof in the last 10 years,” says Holly Tachovsky, president of BuildFax. “While the state would love to see 100% of the properties updated, two-thirds is really quite impressive. What a difference a decade makes.”

“The new roof code has led to millions of homeowners getting more weather-resistant roofs, but we won’t know the full benefit until they are battle-tested by future weather events,” says Joe Emison, vice president of Research & Development at BuildFax.

TOP 10 COUNTIES WITH THE HIGHEST PERCENTAGE OF POST-2002 ROOFS*

*BuildFax calculated these rankings by running a list of over 5 million single family homes in Florida and matching it against the BuildFax’s proprietary Roof Age Database, identifying those counties which had the highest percentage of roofs that were permitted in 2002 or later.