A major hail storm last month in Kentucky is estimated to have caused $175 million in insured losses and damages when balls of ice as large as baseballs battered cars and homes and knocked out power to thousands. 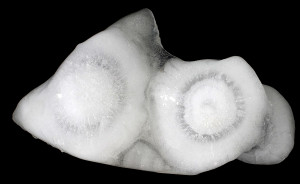 The PSC unit of Verisk Analytics said the estimate of $175 million is only insured losses and the uninsured damage from the storm would likely add many millions of dollars to the total cost of the April 28 storm.

Electricity was knocked out for an estimated 5,000 residences during the storm and baseball-sized hail was reported at the French Lick airport in Indiana, according to the National Weather Service.

Rhonda Sloan, public information officer for the Kentucky Department of Insurance, told The Courier-Journal that the damage was so severe that insurance adjusters in Kentucky needed assistance from out-of-state adjusters to handle the claims.

Kentucky Farm Bureau Insurance by itself had more than $37 million in claims after the storm.

“Out of that afternoon hail storm, we’re at nearly 11,000 claims,” said spokesman Greg Kosse, noting that was equal to the number of claims all 14 Kentucky Farm Bureau offices across the state see in a month.

The Farm Bureau said the damage was about $25 million in property losses and auto claims totaled about $12 million.

“It’s kind of been an assembly line around here,” Johnson said.

The collision center has been inundated with customers coming in with hail damage, and its schedule has been booked into late June, Johnson said.

Germantown homeowner Craig Baynes said hail left five holes in his roof and hammered his car for a total of about $17,000 in damages.

“It ruined my garden,” Baynes said. “It looked like a jackal had been through there and just ripped up all my plants.”

But he said the insurance money has allowed him to restore his house the way he has wanted to for a while.

“Actually, the storm was a godsend, because after it all, I’m no longer going to be the neighborhood eyesore,” he said with a laugh. “I get to put all the architectural detail back on the house and put three colors instead of one.”