Tennessee is building more community tornado shelters while other states are using federal funds to help homeowners build their own. 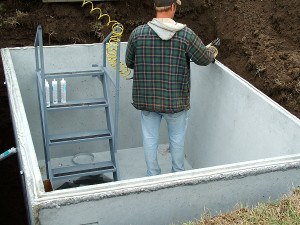 Last month, the cities of Dyersburg, Newbern and Halls in West Tennessee were awarded FEMA grants to construct safe rooms capable of withstanding the 250-mph winds of an EF5 tornado.

But in Oklahoma, in the heart of Tornado Alley, officials are reimbursing homeowners 75 percent of the cost of building approved shelters. A private shelter that cost $2,500 to build would cost a homeowner less than $700.

Officials in Oklahoma are closing public shelters, saying it puts people at more risk to try to reach one when a tornado threatens.

Gov. Bill Haslam said he might be persuaded a change was needed, but he would need proof.

“I will say this, I tend to be data driven and if the facts show that other people are having better results, I think we should look at it,” said Governor Bill Haslam.

Greg Carbin, the warning coordination meteorologist at the Storm Prediction Center in Norman, Okla., noted Tennessee has nearly 25 percent more residents not than it did in 1990.

“It’s this sprawl that basically, conceptually makes a lot of sense, you’re increasing the target for tornadoes,” said Carbin.

“I think that it’s probably the Wizard of Oz that brought about the idea that tornadoes are most common in the Great Plains states,” Carbin said.