Beach safety officials say the National Weather Service should know when lifeguards post a red flag to warn swimmers about the high risk of rip currents at the beach. 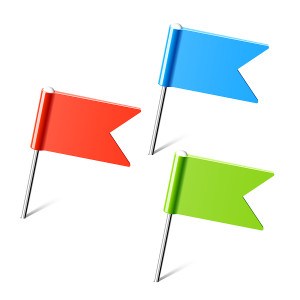 “The majority of the time they are saying it’s low risk of rip currents,” said Scott Smothers, beach safety supervisor in Gulf Shores. “We want to have a cooperative effort between the beach safety folks and the weather service so we can give real-time data.”

Lifeguards and beach safety crews from the Alabama coast to Panama City Beach, Fla., plan to meet next week with Weather Service officials from Mobile, according to Smothers. All the lifeguards are members of the local chapter of the U.S. Lifesaving Association.

“We want to give them our input each day and tell them where we see the rip currents,” said Melvin Shepard, beach safety director in Orange Beach, which has a total of six lifeguards.

The weather service in Mobile wants to develop a rip-current spotter program, according to Jeff Garmon, warning coordination meteorologist in the Mobile weather service office, who will meet with the lifeguards.

“We’re in our office at the Weather Service trying to gauge how rough it is, and we’d like to have more communication with the beach folks,” Garmon said.

“There will probably be discussion of how we can raise awareness of the flag warning system,” he continued. “A lot of people don’t pay attention to those flags.”

Red flags warning the public of hazardous conditions were posted on April 18 when a 14-year-old boy died after being caught in the current while swimming at Gulf State Park in Gulf Shores, city officials said. On that same day, a 16-year-old boy was caught in the surf about 100 yards from shore a few miles away. He later died in a hospital.

The crews post warning flags each day at the public beach areas along the coast, and will change the color of the flag during the day depending on variables such as tides, currents and wind.

A red flag means high-hazard conditions, which could include a high surf and or strong currents. Yellow signifies medium surf conditions; green is low-hazard or calm conditions, but use caution; and purple signifies dangerous marine life, such as an influx of jellyfish. A double-red flag means the Gulf waters are closed to the public.

“We always lean toward caution,” said Shepard, who would like to see efforts to educate beach visitors about the warning flags before they get to the beach. An example, he said, might be billboards on the interstate with the flag information.

“It’s mostly the tourists that are not aware of how a rip current works,” said Smothers, who oversees 13 lifeguards.

The busiest months for rescues are March, April and May, when cold and warm weather systems often mix. Rescues pick up again from September through November, he said.

“We’re not trying to keep people from having fun at the beach,” Smothers said. “But we want them to obey the flag system.”

Grant Brown, director of recreation and cultural affairs for Gulf Shores, said the weather service suggested next week’s meeting, which will be held in Florida’s Escambia County.

“They recognize that they need to talk to the guys in the water,” he said “I’ve got to believe we can coordinate it better with the technology we have today. Communicating with the public is the best way to save lives.”