Alabama is looking to join a host of other states that prohibit school bus drivers from using mobile phones while transporting children around the state. 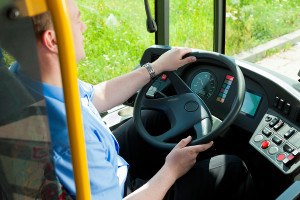 The state House of Representatives passed legislation Wednesday that would allow school bus drivers to use their cell phones only in the case of an emergency or if the bus is parked or pulled over securely on the side of the road.

“At the end of the day, our children are our most precious commodity, and we must protect them,” said bill sponsor Rep. Joe Hubbard, D-Montgomery.

During floor debate, Hubbard warned of accidents that could be caused by a bus driver who was calling his girlfriend or texting her pictures. While he said those were hypothetical examples, the impetus for the bill was a call from a constituent who was worried her child’s school bus driver was too distracted by talking on his cell phone and wasn’t paying enough attention to the road.

Currently, 19 states and the District of Columbia prohibit school bus drivers from talking on mobile phones while transporting children. A federal Department of Transportation rule bars all commercial drivers – including truckers and bus drivers – from using mobile electronic devices, but that rule applies only to vehicles that cross state lines or transport hazardous materials within a state.

The Alabama bill – which still needs to be approved by the state Senate and signed off on by Gov. Robert Bentley before becoming law – spells out the types of emergencies in which a bus driver would be allowed to use his or her phone.

Drivers can use their phones to call in medical concerns, unsafe road conditions, threats to public safety, or mechanical problems that could harm the driver or students.

The measure also bans the use of citizens band (CB) radio, two-way radios and hands-free devices, such as Bluetooth headsets.

There were 260 reported accidents caused by Alabama school bus drivers during the 2010-2011 school year, down from 301 in the 2009-2010 school year. Of those in the most recent school year, 63 were cause by a distracted bus driver.

A spokeswoman for the Alabama Department of Education said the department doesn’t break down how many of those distracted driving accidents were caused by cell phone use.

Distracted driving was the second-highest cause of school bus accidents in the state, following the 78 caused by bus drivers backing into other vehicles or objects.

Of all of the 455 accidents involving school buses in Alabama during the past school year – the 260 caused by bus drivers and 195 caused by other drivers – 47 students were injured, along with three bus drivers. One person, who was not a student or bus driver, was killed.

The House approved the measure on a vote of 83-1, but some representatives raised questions during debate.

Decatur Republican Rep. Terri Collins worried bus drivers may be afraid to use their phones even in emergencies.

“The bus driver might be unclear of what makes an emergency,” she said.

Rep. Rod Scott, D-Fairfield, wondered how law enforcement would prove that the driver was using a phone, but also brought up the fact that the proposal doesn’t account for future advances in technology.

Voice command will soon be advanced enough that people won’t need their hands to use phones, he said, pointing to the Siri voice command feature on Apple’s iPhones that allows people to place calls, send messages and search the Web without touching their phones.

“We can revisit that issue,” Hubbard said. “Now I’ll tell you Rep. Scott, Siri is not as smart as she promises. I can tell you from experience.”