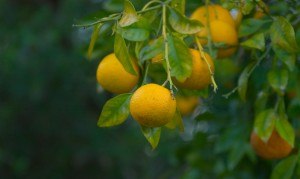 Florida citrus growers reported damage to some orange groves for the second consecutive day on Thursday, after overnight temperatures dropped dangerously low in parts of the state’s citrus belt.

“For the second night in a row, the industry got hit with cold weather,” Michael Sparks, executive vice president and chief executive officer of Florida Citrus Mutual, the state’s leading growers association, said in a statement on the group’s website.

“Although by no means catastrophic, we have received reports of slush ice and twig and leaf damage. Of course we will not know the full extent of the damage for the next several days however I do expect at least a moderate impact,” Sparks said.

“Heavy frost and little wind” had produced colder temperatures than forecast after extreme cold on Tuesday night, he said.

“Fortunately, the durations were not more than a couple of hours in most cases,” Sparks said

In a Twitter feed earlier, Citrus Mutual said temperatures fell to the mid or low 20s Fahrenheit (below 0 Celsius) in some areas on Wednesday night. Typically, citrus can be damaged by four hours or more of temperatures below 28 degrees Fahrenheit (minus 2 Celsius).

Citrus Mutual spokesman Andrew Meadows declined to comment on the extent of damages or the overall impact on the $9 billion Florida industry from Tuesday night’s cold snap, when meteorologists said roughly 25 percent of the citrus belt was hit by a hard freeze.

“As you know we typically don’t quantify damage. We leave that to the USDA and I wouldn’t expect details until the next crop estimate,” Meadows said in an e-mail.

Ray Royce, executive director of the Highlands County Citrus Growers Association in central Florida, said the industry was likely to emerge largely unscathed from the two nights of harsh weather in the Sunshine State.

“I don’t anticipate that long-term there is going to be any significant negative impact on the amount of fruit or the amount of juice produced from these events,” said Royce, whose region includes Florida’s second-largest citrus-producing county.

It will be another three or four days or perhaps even longer, before growers can get an accurate assessment of potential damage to future crops, said Royce.