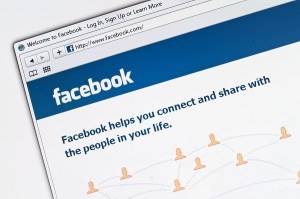 A Facebook page left up on a computer at a burglary scene has resulted in the arrest of a Jackson, Miss., man.

The Clarion-Ledger reports that prosecutors told a judge Monday that the Facebook page is a key piece of evidence against 30-year-old Jason Andrew Smith. Smith is charged with two counts of business burglary of the U-Haul truck and rental service on U.S. Highway 80 West in Jackson.

Smith’s attorney, Katie Bradshaw, argued at his preliminary hearing on Monday in Hinds County Court that there wasn’t any evidence he burglarized the business.

“Anyone could have called up his Facebook page,” Bradshaw said.

On Aug. 17, an official with U-Haul called police about a break-in, reported that a store computer had been used and Smith’s Facebook page was left up on it, authorities said. Then on Aug. 22, another break-in was reported at the business and the same computer was taken.

County Judge Houston Patton said there was enough evidence to send the case to a grand jury to determine if Smith should be indicted.

Business burglary carries a maximum seven years in prison for each count.

Smith remained in jail Tuesday after a hold was placed on him from Flowood relating to contempt of court involving misdemeanor charges.