Workers’ compensation claims in Texas grew more slowly than in most of the other study states examined in a recent report by Cambridge-based Workers Compensation Research Institute (WCRI). The total average cost per claim for injured workers in Texas was among the lowest of the 17 states in the study. 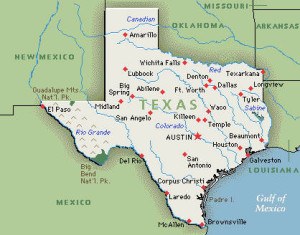 Depending on the year, different factors helped restrain growth. Indemnity claims and benefit delivery expenses grew more slowly in Texas than in nearly all other states WCRI studied. Medical payments per claim grew about 4 percent per year, just slightly faster than the typical state.

Medical payments per claim accounted for more than 70 percent of the growth in total claim costs across the five years the study looked at, largely due to rapid growth in nonhospital (professional) prices paid.

According to the study, changes in the components of indemnity claims drove trends in that area, including wages of injured workers and the duration of temporary disability. The study said these trends were most likely related to the effects of the recession and recovery.

“Medical costs were the focus of the 2005 reforms, which impacted both prices and utilization,” said Ramona Tanabe, WCRI’s executive vice president and counsel. “With one exception, our study probably reflects the full effect of that legislation.”

The exception, Tanabe said, was the impact of a closed formulary for pharmaceuticals, which was effective September 1, 2011, for new claims and September 1, 2013, for claims occurring prior to September 1, 2011. There, the study only observed partial effects from the change.

For information about this study or to purchase a copy, paste the following link into browser: http://www.wcrinet.org/studies/public/books/BMcscope_multi15_TX_book.html.