As scientists investigate whether injection wells where the booming oil and gas industry disposes of wastewater cause earthquakes, the Texas agency that oversees oil and gas is proposing a regulatory overhaul.

The Texas Railroad Commission is proposing new rules that would require would-be operators to submit geological information in their permit applications and give the state the authority to take away permits when wells can be linked to earthquakes – a notable gesture by an agency run in large part by industry executives.

The move comes as states grapple with how to respond to growing public anxieties over the risks from hydraulic fracturing – which involves blasting water, sand and chemicals deep into underground rock formations to free oil and gas – and the disposal of vast amounts of wastewater, far more than traditional drilling methods. The water is pumped into so-called injection wells, which send the waste thousands of feet underground.

In June, Colorado regulators ordered the shutdown of an oil and gas wastewater disposal well after seismologists detected two earthquakes in the area in less than a month. Ohio regulators have restricted new permits to operators who install sensitive seismic-monitoring equipment at all drilling sites within 3 miles of a known fault line. 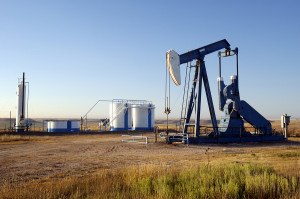 In Texas, where earthquakes were all but unheard of, the Railroad Commission has hired a seismologist in part to calm residents from two small towns west of Dallas experiencing unprecedented swarms. Residents of Azle and Reno traveled to the state Capitol earlier this year to demand that injection wells be suspended, but the commission said it didn’t have enough information that the wells caused the temblors.

The commission is now proposing that applications for drilling permits include information from the United States Geological Survey and that injection well operators, in some cases, be required to disclose daily injection volumes and pressures. New rules would also give the Railroad Commission the authority to modify, suspend or terminate permits for disposal if the wells are believed to be causing earthquakes.

The commission’s seismologist, Dr. Craig Pearson, testified Monday before a Texas House subcommittee on seismic activity – a panel created this year – that earthquakes continue to be regularly recorded in North Texas, though at magnitudes too small to be felt.

Pearson, an expert on man-made tremors who previously worked at the Los Alamos National Laboratory, says the existing rules in Texas for injection wells were designed to protect against groundwater contamination, but not seismic activity.

“Because we’re now dealing with induced seismicity, the worry is not only about water moving up but out to dormant faults,” he said.

Small earthquakes that occurred at the Dallas-Fort Worth airport from October 2008 to May 2009 stopped after one company shut down one of the two injection wells it operated on the airport property.

University of Texas researchers studied seismic data gathered in the Barnett Shale between 2009 and 2011. Cliff Frohlich, senior research scientist at the university’s Institute for Geophysics, concluded that “injection-triggered earthquakes are more common than is generally recognized.”

Still, Southern Methodist University researchers have yet to determine whether an injection well is the epicenter of the quakes in Azle and Reno.

“We’re making these rules available so as to begin the task of achieving better regulation of disposal activities in the state of Texas,” Pearson said.

The Texas Oil and Gas Association, an industry group, did not return calls seeking comment, and a spokeswoman for XTO Energy, which operates injection wells in North Texas, says the company’s position will be in line with the association’s.