McDaniel filed the suit in Pulaski County Circuit Court against Roger D. Pleasant, his five businesses and his employees, accusing them of violating the Arkansas Deceptive Trade Practices Act. The lawsuit accuses the defendants of misleading consumers, repeatedly calling them and showing up at their home and workplace to coerce them into visiting the chiropractor for whom they were working. 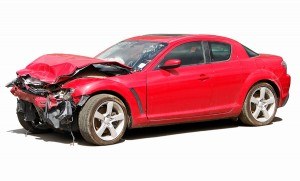 “All they really represent and all they really care about are the kickbacks they would receive from a chiropractor who may be involved in the scheme if the target were to visit a specific clinic,” McDaniel said at a news conference announcing the lawsuit. “Some runners are so deceptive that they coerce targets into believing that they have no choice but to follow the instructions of the runner in order to receive the insurance benefits to which the target would be entitled.”

“We don’t use (any) kind of deception,” Pleasant said. “All we let them know is if they’re injured in an accident, they can go to a doctor and the doctor will do the direct billing to the insurance company.”

McDaniel said the state may also take action against chiropractors who had hired Pleasant’s businesses. He called Pleasant “one of the most egregious actors in the field” of chiropractic runners.

“Mr. Pleasant is widely known among those who take umbrage with this practice,” McDaniel said. “He has been blatant with his willingness to deceive people and has seemingly thus far been unconcerned about legal consequences.”

The lawsuit doesn’t specify how many people were targeted by Pleasant, but McDaniel said he believed thousands had been approached by Pleasant’s businesses and other runners. McDaniel asked the court to issue an injunction against Pleasant and to fine him $10,000 for each violation of the state’s deceptive trade practices act.

Can Electric Scooters Become a Safer Way to Travel?